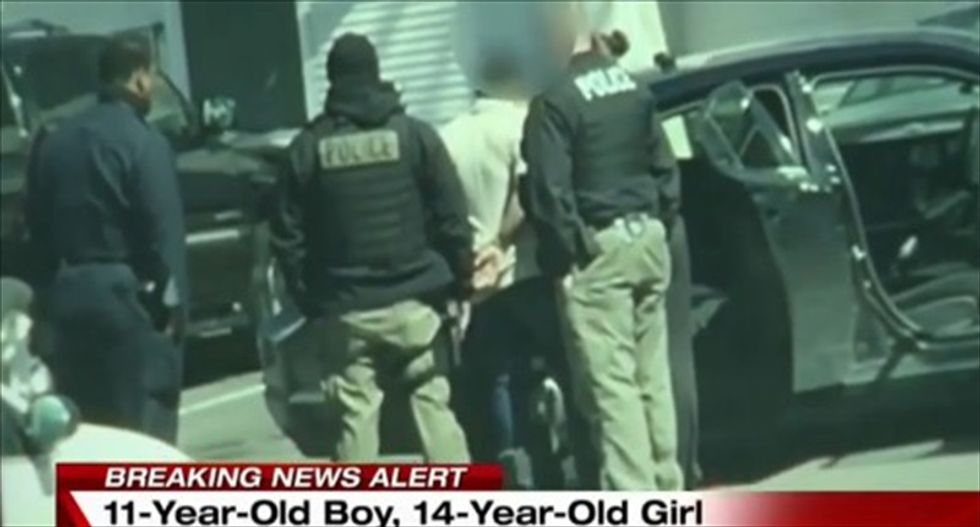 The bodies of an 11-year-old boy and a 14-year-old girl were found in the freezer of a Detroit apartment, and the mother was arrested as part of a homicide investigation, the police said on Tuesday.

A bailiff who was serving an eviction notice found the bodies in the morning, the Detroit Police Department said in a statement.

After talking to neighbors, police tracked down the mother to another apartment in the complex, where her relatives lived, police spokeswoman June West said.

Charges against the mother are pending, West said.

Police Chief James Craig was quoted in the Detroit Free Press as saying the bodies appeared to have been frozen for some time. The paper also said two other children of the arrested woman were in protective custody. West could not confirm either of those reports.

(Reporting by Fiona Ortiz in Chicago; Editing by Sandra Maler)

Watch a report on the arrest, as aired on WDIV-TV on Tuesday, below.