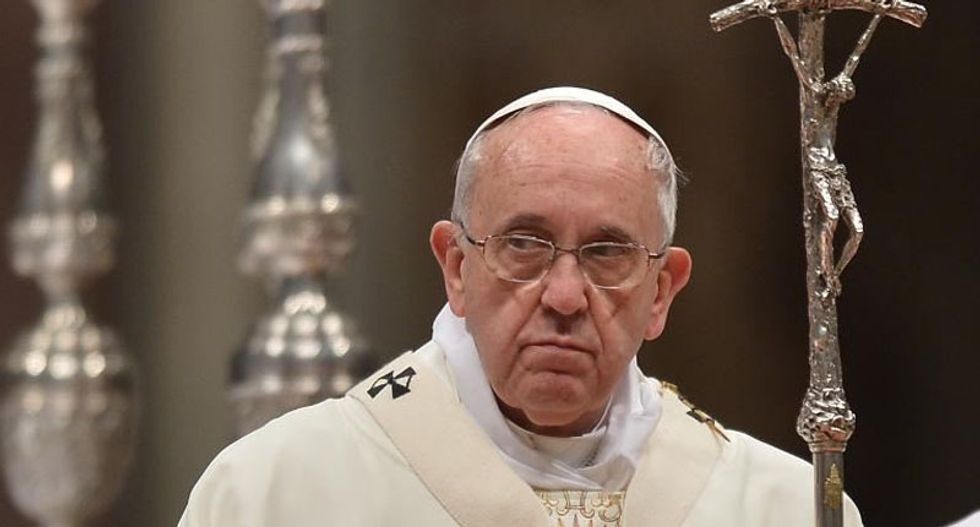 Pope Francis recently suggested his reign as pontiff would be brief, setting off speculation by apocalypse watchers that his comments refer to prophetic warnings about the end times.

“It is a vague feeling I have that the Lord chose me for a short mission,” the pope said. “I am always open to that possibility.”

He said in another interview this month that he’s aware of assassination threats against him, but – if so – the pope said he has prayed that his death would be quick and painless.

"Life is in God's hands," Francis said. "But if it is your will that I die or something happens to me, I ask you only one favor: that it doesn't hurt. Because I am a real wimp when it comes to physical pain."

Tom Horn, author of the 2012 book “Petrus Romanus: The Final Pope Is Here,” told World Net Daily the pontiff’s comments suggest that he may see himself as the last pope -- as foretold in St. Malachy’s “Prophecy of the Popes.”

The 12th-century Irish archbishop is believed to have predicted 112 more popes before the Last Judgment, although most scholars now believe his “Doomsday Prophecy” was a 16th-century hoax concocted to help a cardinal win election.

Horn argues that the medieval prophecy – in addition to others – predicts a final pope, known as “Peter the Roman,” whose reign would end with the destruction of Rome and Judgment Day.

“Even St. Francis of Assisi – the current pope’s namesake and one of the most venerated religious figures in history – gathered his devotees shortly before his death and prophesied, ‘At the time of this tribulation a man, not canonically elected, will be raised to the pontificate, who, by his cunning, will endeavor to draw many into error and death,’” Horn said.

“’Some preachers will keep silence about the truth, and others will trample it under foot and deny it,’” he continued, “’for in those days Jesus Christ will send them not a true pastor, but a destroyer.’”

Horn argues that Pope Francis may also believe his fate was revealed to three Portuguese children in 1917 through a vision of the Virgin Mary at Fátima.

“There is a great deal of controversy over whether the third secret was ever completely released by the Vatican, but part of what was released describes a city, which some believe to be the Vatican City,” he said. “The city is attacked and many priests, including the pope (described as the ‘Bishop in White’), are killed by fighters who could easily be interpreted as members of ISIS.”

The Vatican last year dismissed reports by Israeli intelligence that ISIS intended to assassinate Pope Francis, saying the threats were "nothing serious."

The prophecy predicts the pope will pass through a ruined city, pausing to pray for the dead, and be killed by soldiers at the foot of a large cross, Horn said.

“Francis appointed Pietro Parolin as his secretary of state, an Italian (Roman) whose name is Peter,” Horn said. “If the Vatican were attacked or Francis and his Camerlengo (papal administrators) were to be killed at the same time or taken out of the way, this man would sit on the pope’s throne and literally be known as ‘Peter the Roman,’ the final line in the Prophecy of the Popes.”