Evangelist: When Christians take control of the US government 'Oh, the demons shudder!' 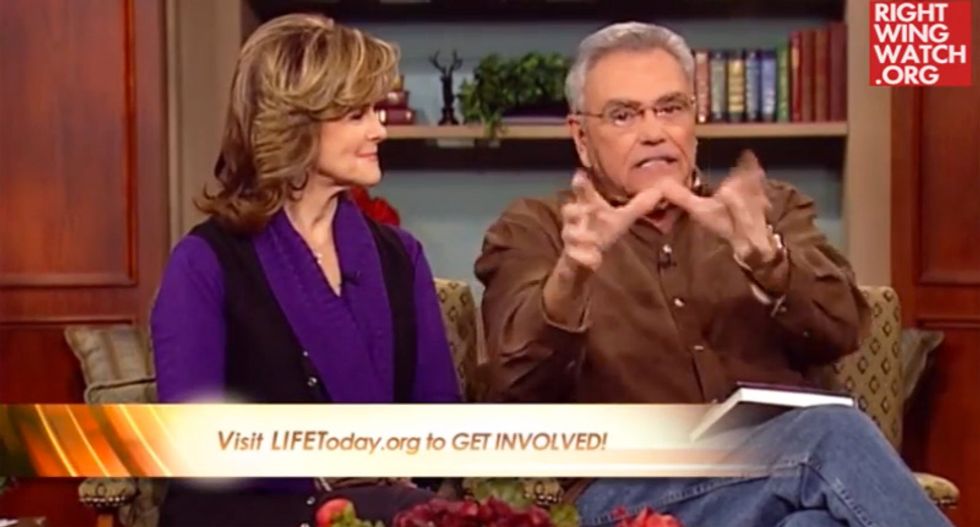 During an interview with Fox News contributor Todd Starnes, the president of Life Outreach International went off on a rant, explaining that if the 500 legislators in Congress were replaced with conservative Christians, "the gates of hell would tremble" and the "demons would shudder."

In a video clip captured by Right Wing Watch, evangelist James Robison began his interview with Starnes, helping him promote his book "God Less America," before saying, "I believe the government should fear the people, the people don't fear the government."

He then criticized Christians for "checking out" of the political process because they have been lied to in the name of political correctness.

"Too many Christians have checked out. You've been told it's politically incorrect for church people to be involved. That's one of the biggest lies that ever came through the lips of Satan. Do not believe it!" he exclaimed, growing more and more animated. "Of all people on this earth that ought to stand up and protect the precious and be light to illuminate the way out of this present and pressing darkness, we're the ones to do it!"

Robison then served warning that when Christians enter the political process en masse, every member of Congress will be thrown out and the "demons will shudder."

"Hey, government, we can take control. There are only 500 of you. We can get rid of the whole bunch in one smooth swoop and we can really reroute the whole ship! All hell is trembling — the gates of hell tremble! " he shouted. "The very fact that people who love God and know God and love their neighbor, whatever stand up, speak up, and become a shining city set on a hill, oh, the demons shudder!"