Face soap is not an existential crisis for manhood 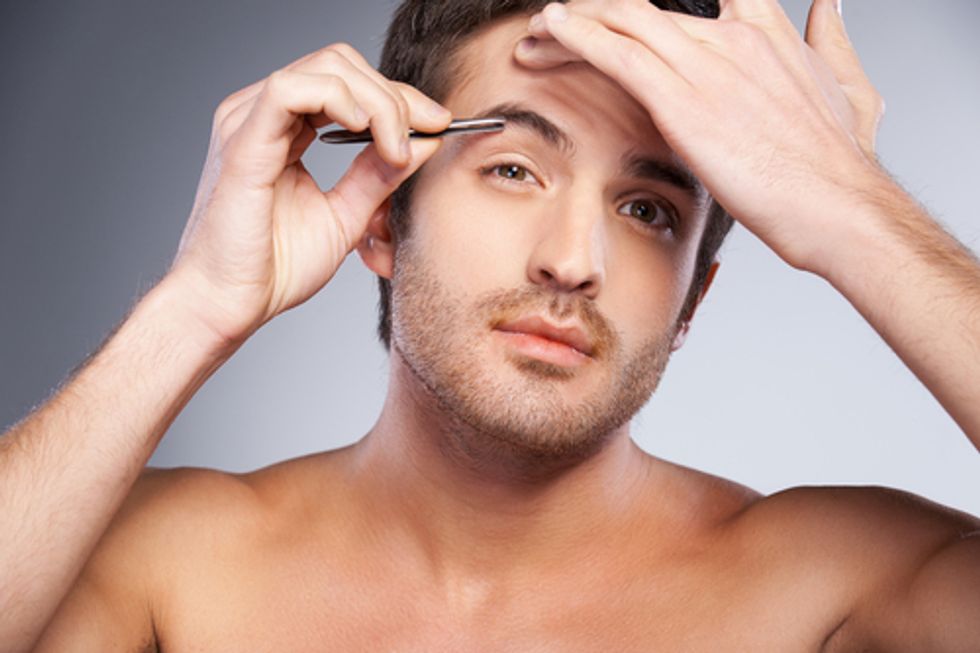 No reason to think this makes your dick fall off.

Hat tip to Erik Loomis for linking to this whiny piece by Andrew O'Hagan in the New York Times style magazine. O'Hagan is mad by the supposed pressure men are under these days to groom themselves extensively, which he fears---because of course he does---is taking away his precious masculinity. He describes his anxiety in the most tumescent purple prose imaginable, because nothing bespeaks a confident masculinity like trying too hard. No seriously, read this:

Welcome to the male condition. Welcome to the fresh hell of new choices. I’ve been thinking for a while now of writing a self-help book about why men weep in cars. Oh, you didn’t know that? You didn’t know that’s what the new Ford F-Series truck is for? You thought it was for whizzing the kids to water polo and juggling class? No — the new car is a man cave, a space that is custom-built for housing the male of the species in a state of temporary, unknowable distress, while he drives too fast playing Bruce Springsteen. The first time he cries, he thinks it’s the red night sky and the weight of duty. He thinks it’s just life, the children and passing time and all the things he never said to his mother. And then it slowly dawns on him: It’s the onion rings he might never eat again. It’s the bags of doughnuts. It’s the cigarettes he will never smoke and the carcinogens that he once soaked up like daylight. And now he’s upset. Why? Because his entire inner self, no matter what it used to be, is craving exactly four gallons of 100 percent natural coconut water. It’s craving antioxidants, a seaweed body wrap, a follicle-exciting head massage with essence of snail slime. It’s goodbye to sugar. It’s goodbye to fat. Every living fiber in his being is now enslaved to the punitive needs of his immune system. He wants to lie down in a cold tank and be pampered by life-hating charlatans. He wants to ban all cravings from his tired body and wake up in the Elysian Fields of a new, clean, needless self.

You know that Ernest Hemingway's supposed advice to write drunk is just a myth, right? The image of a man weeping mournfully in a pick-up truck over the assaults on his masculine privilege is so corny an image that most country songwriters would reject it as schmaltz. But it's not just the fact that it becomes harder to maintain a lean body while scarfing down donuts and ice cream that O'Hagan fears is turning him into that most wretched of creatures, the human female. It's also the supposed pressure to have nice skin.

I don’t advocate the metal hair comb my father used, or burning your face with cheap astringents, yet I feel certain that something in masculine solidity is lost with the enforcement of beauty regimens. What do I mean by “masculine solidity”? I mean the suavity that comes as if by accident, without noticeable effort. Simple as that. Men exfoliate every day if they shave properly and that’s enough — and a little cream won’t harm. But surely there is only room for one oscillating microdermabrasion brush in any happy heterosexual bathroom. I don’t care if you think it’s sexist: It’s not a man’s job to pluck his eyebrows or plump his lips. People must do as they wish, of course, but to my mind (and according to my prejudices) male beauty loses its essence with premeditation. It’s a failure of natural elegance for a man to seem beautified, and the pressure on him to be so may be the biggest sexual category error of our times.

"I don't care if you think it's sexist," he writes, as if there is anything else this attitude could be. Because, setting purple prose about pick-up trucks and metrosexuality aside, the basic premise of this article is that "excessive" grooming debases men because it makes them like women. And the idea that nothing is more debased and degrading than being like women is the dictionary definition of sexism.

There's more to it, of course. The idea that women should groom and fuss to please men but that it's beneath men's dignity to show concern about how they appear to women is rooted deeply in the idea that women exist to serve men. But mostly it's just amazing how silly it is. How much soap applied to the face crosses the line into being like a woman? It only matters if you think that being like women is debasing because women are beneath you.

This isn't about telling men they have to groom more or whatever. Obviously, some men's stone cold fear of being debased like a woman leads to over-the-top rejections of grooming that bleed into being downright gross,* but if simple and unfussy is your thing, whether you're male or female, go with that. But clearly there's an allure for some for intensive grooming, either because they like the effects or because the process of fussing over one's own self feels like self-care and is relaxing. Otherwise, why would men have to guard against it like it's an existential threat? We only resist what is tempting. Which is why this is another entry in the "patriarchy hurts men, too" category.

*This is why you see the use of "neck beard" as a shorthand to describe men who feel entitled to have women's affections without lifting a finger to be attractive themselves. You inevitably get people pulling the #notallmen fuss over this, but it persists as shorthand because it is so evocative of exactly this attitude.