Ferguson mayor won't step down as opponents gather recall signatures: 'I'll stand up and do what it takes' 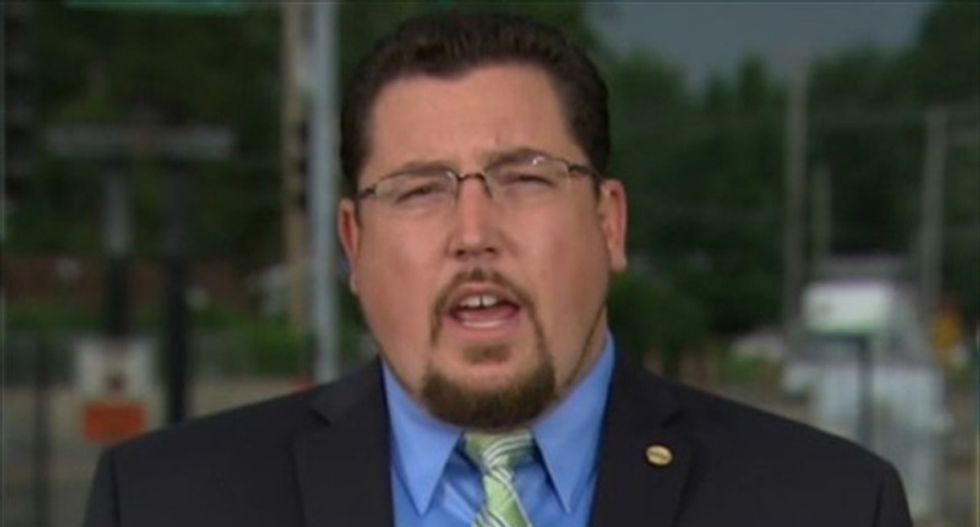 The embattled mayor of Ferguson, Missouri, says he isn't going anywhere as other city leaders resigned in the wake of a scathing report issued by the Justice Department detailing years of racial discrimination, reports the LA Times.

Mayor James Knowles, 35, who grew up in Ferguson, is facing recall after five residents filed paperwork on Friday, along with delivering letters to the mayor and City Council members, calling on him to resign due to his failure to "rein in an out-of-control police department during the protests following Mike Brown’s death."

Knowles, who has disputed some elements in the report, including accusations that he has used his position as mayor to fix tickets, said he want to stay on and fix Ferguson's problems.

“People know I'll stand up and do what it takes. I don't walk away at Shop ’n Save when people give me a look. I go straight at them and I'm willing to listen," he explained.

Knowles job is largely ceremonial -- he is paid $350 a month as mayor of a city with a $12 million budget and 22,000 residents -- with a "weak mayor" system handing control of the city's administrative operations to the city manager. In his position as mayor, Knowles has has roughly the same power as the other six council members, in addition to presiding over meetings and representing the city at civic functions.

As such, he was completely unprepared for the turmoil that followed the shooting death of unarmed black teen Michael Brown by police officer Darren Wilson last year.

As the protests ramped up, drawing national attention, Knowles appeared on television denying the city had a racial divide; an assertion that was widely mocked by a community that is more than two-thirds black and has a history of strained relations with the overwhelmingly white local police department.

“The thing I regret,” from those early days, Knowles lamented, “is being defensive.”

Local activist Tony Rice, who is one of those spearheading the recall, thinks Knowles needs to step down.

“He thinks the DOJ report is inaccurate — that's enough” to merit his removal, Tony Rice,said. “I don't think he ever took the people of Ferguson's side.”

Knowles, who wants to hang onto his job despite the low pay and attacks, wants to stay on to fix the community where he grew up.

“I hope that he will see and that, in the end, everyone will see that I did this — and by this, I mean sticking it out and sacrificing my career — to bring us together,” Knowles said. “And I hope when he says that, I can point to the community and say, ‘This is why I stayed: to help with this transition’.”