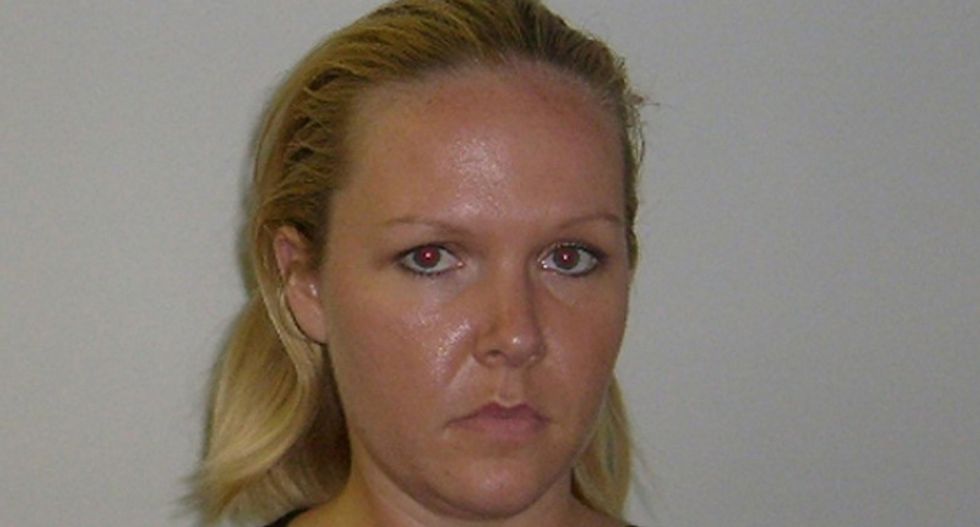 Jessica Lacey McCarty is pictured in this booking photo from 2009, provided by Palm Bay Police. Florida police are investigating what they believe to be an attempted murder-suicide by McCarty, a mother who killed her six-year-old daughter and critically wounded her two sons, Palm Beach police spokeswoman Yvonne Martinez said on March 20, 2015. REUTERS/Palm Bay Police/Handout

(Reuters) - A Florida mother waived her right to attend a first court hearing on Sunday to face charges of murdering two of her young children and attempting to murder her five-month-old baby, an official at Brevard County Detention Center said.

Jessica Lacey McCarty, 33, of Palm Bay was represented by a public defender, with a judge setting arraignment for April 21, the official said.

It was unclear how she intended to plead.

McCarty was ordered held without bond and remains under medical watch at Brevard County Detention Center, the official said.

The medical examiner's office on Sunday will perform autopsies on McCarty's two older children, ages 7 and 6, to determine how they died.

Police have not said how they believe the children were killed except to say they were not stabbed, sliced or shot.

Police said they were still putting together the sequence of events and said investigators from the Department of Children and Families had visited McCarty in the past.

Officers went to McCarty's home Friday after receiving two emergency calls, one from a woman who claimed to have killed her children, police said in a news release on Saturday.

When police arrived, they found McCarty in front of the house, holding a butcher's knife in her hand and suffering from minor injuries.

She ignored commands to drop the knife "which led the officers to deploy several 'less lethal' beanbag rounds to gain compliance," the release said.

A seven-year-old girl named Laci and her six-year-old brother Philip were pronounced dead at a nearby hospital, police said.