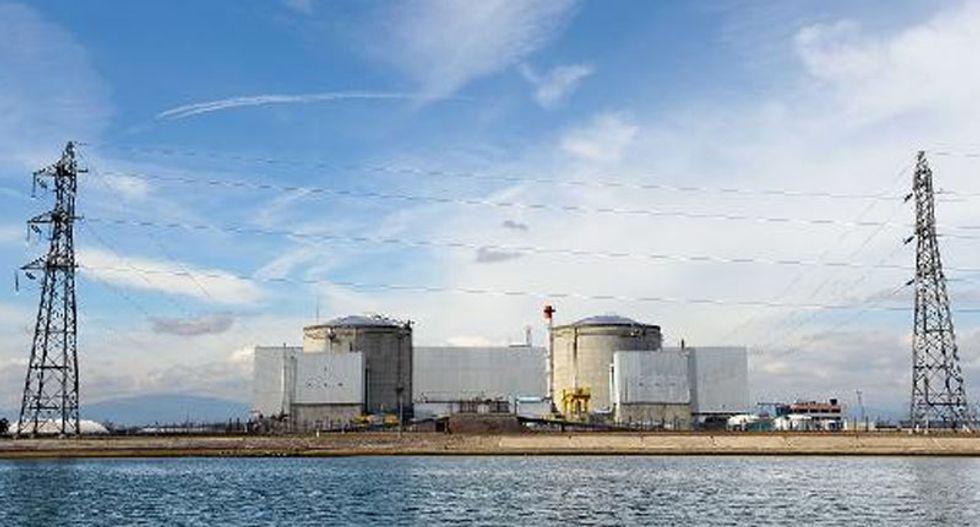 Energy production has been shut down at France's oldest nuclear power plant after a pipe defect was discovered, the station's operators said Sunday.

The Fessenheim plant, which is near the Swiss and German borders, was halted on Saturday just before 1900 GMT due to a flaw in a pipe in the machine room, which does not house nuclear material, a statement from energy supplier EDF (Paris: FR0010242511 - news) said.

"The station's staff are currently diagnosing the exact cause of this event," said EDF, adding the defect had "no consequence on the safety of the facility, the environment or staff."

The fault was in production unit one, while production unit 2 had been shut down since overnight Friday for maintenance and refuelling work which is expected to take several weeks.

The emergency shutdown is the second for the station since April, when it was taken out of service for a few days due to two incidents, including a pipe defect in its water supply system.

Fessenheim houses two 900 megawatt reactors and has been running since 1977, making its France's oldest operating plant. Due to its age activists have long called for it to be permanently closed.

When a new plant comes online in northern France, which is currently set for 2017, Fessenheim is to be taken out of service