Game of Thrones isn't going to "spoil" the books. That's not how spoilers work. 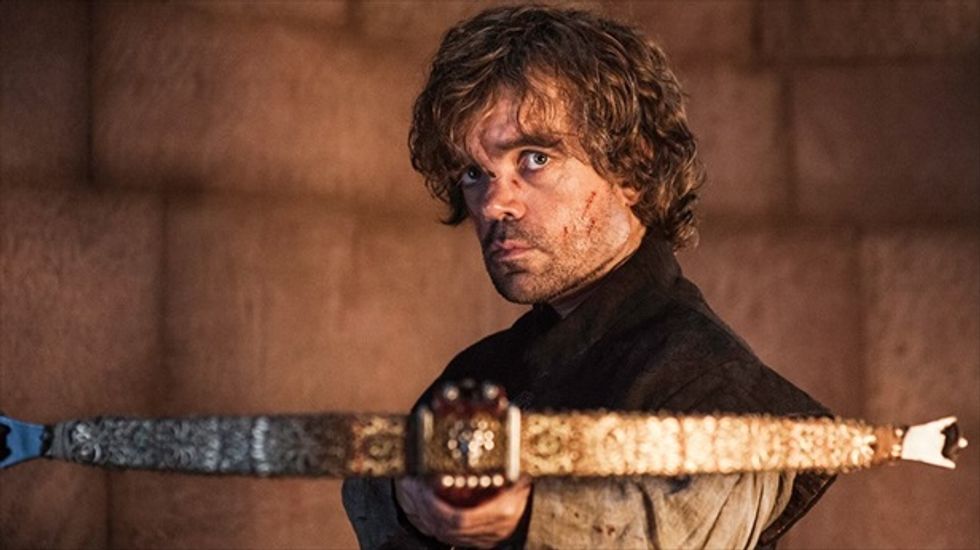 Madeleine Davis of Jezebel wants to taunt us "nerds" who have read the five books that have been released from George R.R. Martin's A Song of Ice and Fire fantasy series, which the HBO series Game of Thrones is based on.

For all of you book dorks who get a sick pleasure out of knowing what happens on Game of Thrones before the rest of us lazy TV watchers do, prepare to learn how the other half lives. During a talk at the Oxford Union, GoT show runners Dan Weiss and David Benioff confirmed that upcoming seasons of the show will depict scenes that have yet to be published in George R.R. Martin's A Song of Ice and Fire series.

I'm a little unclear on why someone is more of a dork because they read about dragons than because they watch them on TV, but okay, I can live with that. But what I cannot abide is this bizarre idea that book readers are going to get their comeuppance from TV viewers who have misplaced pride in the fact that they could have known all along what happens next but couldn't be bothered to pick up the books and find out.

But here's the thing: Book readers watch the show. It's not really a "spoiler" if everyone finds out at once. The reason that the book readers could spoil the show for TV-only fans is because of their TV-only status. One group (book readers) had information the other group (TV-only) didn't have. But when the show moves past where the books are, which they already have in a couple of significant ways, book readers are along for the ride. It's therefore not really a spoiler. That's not how "spoilers" work and this is stretching the idea of a spoiler to its breaking point.

So really, TV-only folks, I'm afraid that as eager as you may be to gloat, there's no real cause for it. You're not going to be able to dance around the book readers singing, "I know something you don't know." Because you don't. Yes, yes, there are like two or three book readers who swear up and down they don't watch Game of Thrones, but a) the are such an insignificant minority as to be irrelevant and b) they are lying. Believe me, book readers are probably more eager to know what happens next, which is why so many of them, like myself, picked up the books after watching the show.

I'm sure there's something else you can gloat about, TV-only people. Probably that you never have to read the phrases "soon or late", "whickering" or "boiled leather". So wallow in that, I suppose.