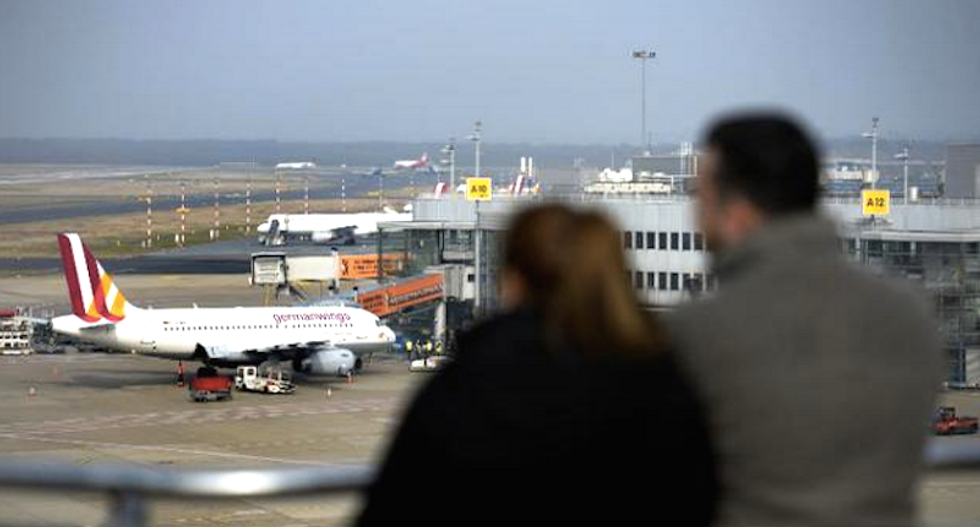 A number of pilots at Lufthansa's low-cost subsidiary Germanwings refused to fly Wednesday following the deadly crash in the French Alps, saying they were mourning the victims of the doomed aircraft.

One flight, serving the same route as the plane in the crash that killed 150 people Tuesday, was cancelled.

A spokeswoman for Lufthansa said the German flag carrier's flights were "going ahead as planned. One Germanwings flight has been cancelled because pilots don't feel they are in a position to fly."

She declined to say how many pilots were refusing to work on Wednesday.

The flight cancelled was the connection from the western German city of Duesseldorf to Barcelona -- the return journey of the route flown by the Airbus that crashed at 0953 GMT on Tuesday killing all 144 passengers and six crew.

A spokesman for the pilots' union Vereinigung Cockpit, Joerg Handwerg, insisted the decision was not because of concerns about safety.

"It has nothing to do with safety. The pilots have friends and colleagues who have died," Handwerg said on public television.

"That is such a heavy emotional burden that it's better not to get into the cockpit."

Already on Tuesday, Germanwings had reported "occasional flight disruptions within its route network" as pilots were too shocked to fly following the news.

It was the first fatal accident in the history of Germanwings, and the deadliest air accident on the French mainland since 1974.

Germanwings and Lufthansa called on their staff around the world to hold a minute's silence at 10:53 am (0953 GMT) as a mark of respect for the 150 people who died.