GOP lawmakers: Christian businesses should have more rights than secular companies like Chipotle 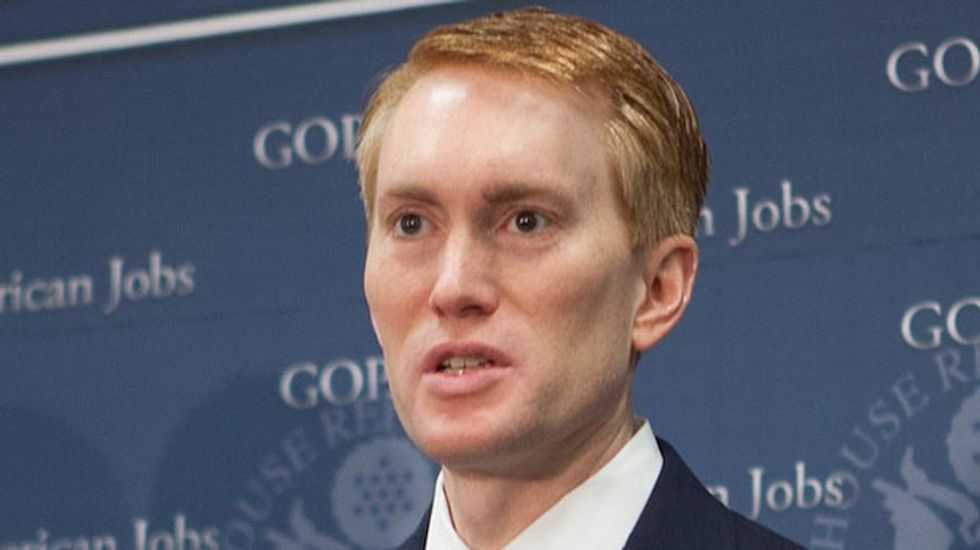 A pair of Republican lawmakers claimed that Christian business owners had arguably more rights than corporations that uphold secular values.

Sen. James Lankford (R-OK) and Rep. Randy Forbes (R-VA) published a column at The Christian Post that compared environmental concerns to moral aversions to LGBT customers or birth control – although the lawmakers never specify those objections.

The column compares Chipotle’s decision to stop serving pork at some locations over environmental concerns to the religious rights some Christians have claimed in court battles over denying service to same-sex couples or contraception to employees, reported Right Wing Watch.

The column focuses on Chipotle’s reputation as “a fast-food chain with a conscience,” arguing that Christians business owners should be free to impose their views on customers and workers.

“There is a distinct social good to preserving the freedom of individuals to form and operate a business based on deeply held principles rooted in conscience,” the lawmakers argue in a jointly signed column.

They said Americans had long been free to “openly and fully live their lives according to the moral values that motivate them, even when reasonable people disagree with those values.”

The restaurant chain stopped selling pork at about a third of its outlets earlier this year, sparking Internet rumors that the decision was made to appease Muslims.

But company representatives said the decision was made because they could not source enough sustainably raised pork products to meet demand at all locations.

The GOP lawmakers said conservative Christians had arguably more rights to choose their business partners than Chipotle because religious expression is protected by the U.S. Constitution and environmental concerns are not.

“We must not fall prey to the hypocrisy of defending the freedom of operating a business on convictions of sustainability, but reject that same freedom when the convictions are based in faith,” the lawmakers said.