Groundbreaking gay Italian minister set to get married -- in Canada 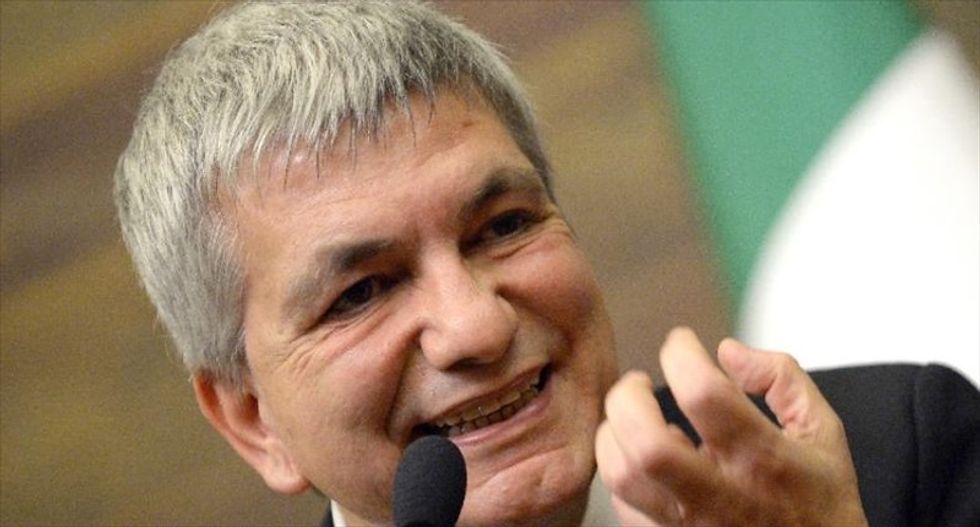 Nicola Vendola on Feb. 18, 2014 at the Montecitorio Palace, the Italian Chamber of Deputies in Rome. Photo by Andreas Solaro for Agence France-Presse.

Italy's most prominent gay politician has announced he wants to marry his Canadian partner: a step the couple will have to take in Canada as Italy does not allow same-sex marriages.

Nicola Vendola, the left-wing president of the southern region of Puglia, reaches the end of his second five-year term of office in May.

"Everything is going to change, I'm going to marry Ed," Vendola said in a reference to his partner Eddy Testa, with whom he is considering starting a family.

The nuptials may take place in Canada but there is no plan to relocate there. "For a man of the south like me, it is too cold," he said.

Vendola, 56, was one of the first openly gay lawmakers in Italy when he entered parliament in 1992.

His election to the leadership of Puglia was regarded as a major surprise given southern Italy's reputation as a bastion of macho and socially conservative values.

Vendola is a founder member of Italian gay rights group Arcigay and the leader of the Left Ecology Freedom party.

Prime Minister Matteo Renzi has promised to enact legislation allowing gay civil partnerships but there are no plans to authorise gay marriage, which is strongly opposed by the Catholic church.

Vendola, a published poet and author, said he was thinking seriously about having children, and distanced himself from compatriot Domenico Dolce, the gay designer who caused a storm by describing IVF babies as "synthetic".

Dolce's right to defend traditional family arrangements has been defended by his business partner Stefano Gabbana as reflecting his southern heritage.

Vendola rubbished that view, backing Elton John's opinion that the designers were out of touch with the modern world.

"From their elevated social rung they don’t really understand what it means to live in a country where homophobia kills and the lack of basic rights weighs heavily on many people's lives," Vendola said.