'Hellish nightmare': Texas family threatened and handcuffed after being falsely accused of theft 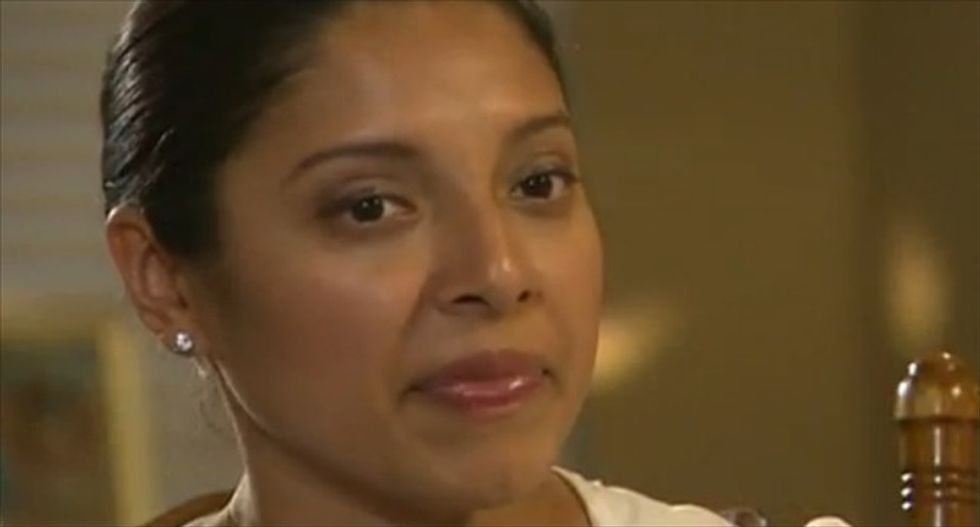 A Texas family said they were handcuffed and threatened by authorities after a vendor falsely accused them of shoplifting, KHOU-TV reported.

"A female deputy comes up to me and just grabs me by my arm and says, 'You're coming with me,'" Maricruz Cody said of the encounter, adding, "She says, 'Try anything and I'll tase you.' I felt like she didn't have a reason to say that."

The incident took place when Cody and her 15-year-old daughter were shopping at the Houston Livestock Show and Rodeo. She said she browsed some earrings at the vendor's stand, put it down and was at another stand when the vendor approached her, saying another person saw her take the earrings. Cody denied the accusation, then left the area.

Her husband, John, told the Houston Chronicle that he "laughed it off" when Cody told him about the vendor's remarks. But authorities then approached the couple after they took the 15-year-old and their two younger daughters to the restroom.

After grabbing her by the elbow, the unidentified Harris County sheriff's deputy took Maricruz Cody to a security area and handcuffed her, before doing the same to the oldest daughter. John Cody was also handcuffed after questioning authorities' handling of the situation.

"I see them bringing out my 15 year old daughter in handcuffs," he said. "She was a mixture of scared and embarrassed."

The Codys and the teen were reportedly frisked and questioned for an hour while the two younger daughters were held in a nearby room. John Cody described the situation as a "hellish nightmare." The earrings in question were never recovered.

"If the family believes there was any wrongdoing, they are welcome to file a formal complaint with our internal affairs division," a sheriff's department spokesperson told the Chronicle.

While officials with the livestock show apologized in a statement and offered the family a "day of hospitality" at the event, authorities reportedly told the Codys they had been banned from the NRG Center, which hosts the event.

Watch KHOU's report, as aired on Wednesday, below.