How Americans are brainwashed to fear exactly the wrong things 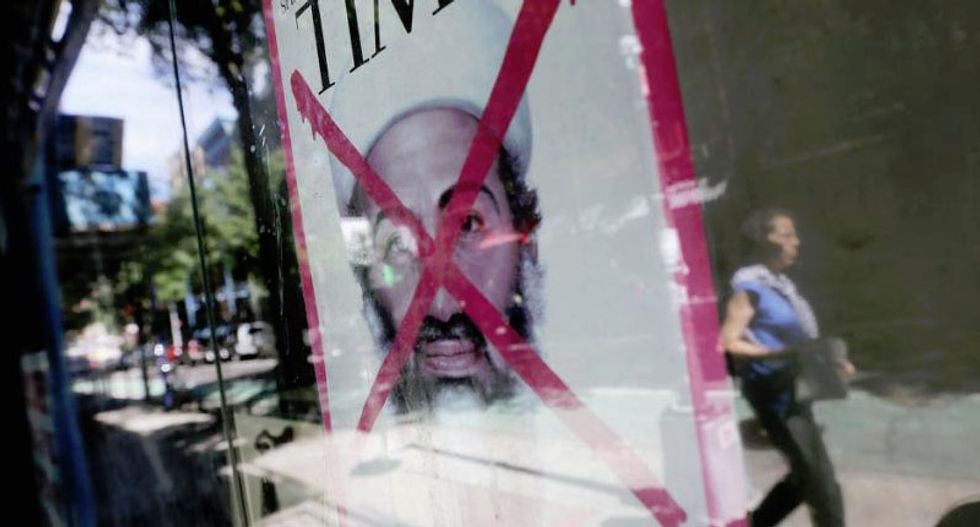 Editors Note: The following is the latest in a new series of articles on AlterNet called Fear in America that launched this March. Read the introduction to the series.

What is a bigger threat to most Americans: big government or big business?

In December 2013, the Gallup poll found that nearly three out of four people feared “big government” more than “big business” or “big labor.” After President Obama took office in 2009, 55 percent feared Big Brother. By late 2013, the last time Gallup asked, the government-fearing figure was 72 percent, the highest in 50 years.

Only 21 percent of Americans said that big business was a bigger threat.

Gallup attributed the jump to “government policies specific to the period, such as the Affordable Care Act—perhaps coupled with recent revelations by former NSA contractor Edward Snowden of government spying tactics."

This is a curious coupling that reveals much about fear-mongering and what’s deceitful in American media and politics. Is an effort bringing health insurance to millions who lack it a big threat? No. On the other hand, the revelation that the most secretive U.S. spy agencies are grabbing and warehousing all domestic electronic communications is eerie. Anything we say can and might be used against us long before it gets to a court of law.

But most big businesses, especially those online, also are violating our privacy daily, spying on us, profiling us, and reselling that information. Banks monitor our balances. Insurers say yes or no to medication refills. The list goes on. The government might be ultimately more powerful and threatening, but a strong case can be made that big businesses are more overtly interfering with our lives, whether that’s seen as an annoyance or a threat.

“You’re absolutely right,” said George Lakoff, a linguist and author who has analyzed how language and the media shape conservative and liberal dogma. “Basically, what you’ve got are monopolies running your life in any dimension and it’s not mentioned. It’s not discussed. It’s not a topic of conversation. It’s not a topic of legislation. It isn’t something that’s out there.”

Instead, American media is filled with pro-corporate and anti-government propaganda.

“Corporations run your life all the time,” Lakoff continued. “Look at the corporate ads on TV. Corporation ads are innocent. They have nice little sounds. Think of the music in oil company ads and the people in them. It’s like, ‘We’re pleasant. We’re progressive. We’re making progress. We’re cute,’ etc., when they’re actually running your life.”

What’s going on is Americans are endlessly being bombarded with media messages that are fearful and deceitful. The result not only affects our politics and policies, as we are insistently told to fear and respond to exaggerated or fake threats. But, going deeper, this onslaught literally shapes how brains work and what people end up believing, Lakoff and other astute observers have said. The result is many small problems get undue attention while widespread problems go unacknowledged and unanswered.

For example, taxpayers have spent millions to create the flashing highway alerts about supposedly kidnapped children, which usually end up being with angry family members. In contrast, Americans continuously overlook the millions of children nationally who lack health insurance, who are malnourished and have rising illiteracy rates. Nobody needs to be reminded which of these two issues is likely to be on the evening news.

“Whenever one group uses fear to manipulate another, someone benefits and someone pays,” wrote sociologist Barry Glassner, in the 10th anniversary edition of The Culture of Fear: Why Americans Are Afraid of the Wrong Things, where that example originated. As he noted, “Threats to the U.S. financial system, obscured from public view in part by endless attention to the ‘war on terror,’ undermined America’s national security more than Osama bin Laden and his organization ever did.”

And yet, Gallup found Americans feared big government much more than big business. Gallup didn’t cite more tangible reasons why many Americans fear government. It didn’t mention abusive policing, being arrested for victimless crimes, being followed or harrassed by faceless law enforcement, or targeted by overzealous prosecutors. It cited a right-wing bugaboo, Obamacare, and Snowden’s revelations.

In an interview, Glassner said he was not surprised by Gallup’s finding and cited reasons why Americans are especially susceptible to fears about government, even as they rely on government services like roads. “Our self image is a nation of self individualists,” he said. “You make it on your own and success comes from your own hard work. That doesn’t mesh well with any kind of collective or community notion.”

“There’s that and then just being able to take an entity and demonize it,” he said. “To be able to do that it [the target] has to be very abstract, and there have to be very powerful forces who are working in consort to demonize it. That’s where successful fear mongering happens in pretty much every case I’ve looked at and that’s true here too… I can’t think of a more abstract entity than government.”

These factors are all seen in American politics and media, especially on the right where fanning anti-government flames also serve corporations that profit from less effective government.

“When politicians run fear campaigns about government, they’re able to do that because it’s an implicit way of being a populist,” Glassner said. “They say they’re for the people as opposed to what they portray as these big anonymous organizations.”

Obviously, major corporations can be very big and anonymous. And unlike government, there are fewer transparency and public accountability laws to learn about what they’re doing.

Glassner said his goal was to decrease fear mongering—not shift it from one exaggerated target to another. “The kind of scares that are thrown out there about government apply at least as much to businesses, or certainly large corporations,” he said. “My sense is these scare campaigns are just as destructive in both cases.”

Why Some Fears Stick And Others Don’t

But fear-based messaging differs on the political right and left, Lakoff said, as does its impact—and this explains why right-wing fears often stick more than left-wing fears. Two high profile recent examples begin to illustrate his point.

In her speech at the Oscars, Laura Poitras, the documentary filmmaker who made Citizen Four, said the Snowden whistleblower film not only exposed “a threat to our privacy but to our democracy itself. When the most important decisions being made affecting all of us are made in secret, we lose our ability to check the powers that control. Thank you to Edward Snowden for his courage and for the many other whistleblowers. And I share this with Glenn Greenwald and other journalists who are exposing truth.”

Lakoff said it was not surprising that her words flashed by and barely sank in.

“You have all of these progressives out there who went to [liberal arts] school and did well thinking that all you have to do is tell people something once, give them the facts, they’re all reasons to the right conclusion,” he said. They think “that’s all you can do, or should do, when that’s utterly false… That’s not how the brain works.”

In contrast, consider the e-mail message from Rand Paul, Kentucky’s Republican Senator and likely 2016 presidential candidate—opposing the recent Federal Communications Commission decision to reclassify the Internet as a public utility. It was filled with many right-wing buzzwords—adjectives and nouns, not concepts—that Republicans have heard over and over. He called the FCC’s move “aggressive, invasive, and harmful regulation,” and adding, “We’ve seen this movie before—it’s called Obamacare.”

Lakoff said repetitive, fear-based moralizing sticks—and the GOP knows it, in the same way that corporate marketing experts do. “In politics everything is based on morality,” he said. “Mainly, you want your policies to be right, not wrong. What counts as right varies between progressives and conservatives. The conservatives, when they go to school, take business courses and marketing courses. Marketing professors study neuroscience and cognitive science… They’ve been doing it very well for 40 years.”

Repetition of fear-based messaging—without a steady counterpoint or context to stop that drumbeat—has been shown to affect the brain patterns that determine how people think, Lakoff said. It is akin to repetitive exercise that creates muscle memory. Depending on whether one is more inclined toward a liberal or conservative ideology, one can hear the same words but reach different conclusions. Fear of big government is an example.

Lakoff said pollsters have spread a false myth that there is a political center. What really exists are varying degrees of conservatism and liberalism—two bell curves, not one. The absence of strong, clear, morally based messages from Democrats has allowed the GOP to demonize government, which pleases their corporate sponsors. Meanwhile, corporate publicists keep touting their good deeds, he said, and “you don’t hear anything else.”

“You don’t hear anything at all,” Lakoff said. “Let me give you a simple example. What are pensions? Pensions are late payments for work already done. They’re part of wages. When a company says, ‘Well, I can’t afford to pay your pension anymore,’ or when they cut public servant pensions, they’re stealing your money. They’re stealing your wages. Who say it? …The Democrats say, ‘Oh, well, we can’t say stuff like that.’”

And so, as Gallup found in late 2013, more than three times as many Americans say the government is more threatening than big business. And he doesn’t expect that to change with Hillary Clinton’s likely presidential campaign. Lakoff said he has already been contacted by some of her biggest pre-2016 organizers and they still don’t get it.

“They think this is about words and slogans,” he said. “They write to me and they’re saying, ‘What’s the best slogan for this?’ No, that’s not what this is about. This is about how you understand things, morally, and how you project that moral understanding… Words aren’t labels. They mean things. They link up to your brain. People don’t understand what words are.”