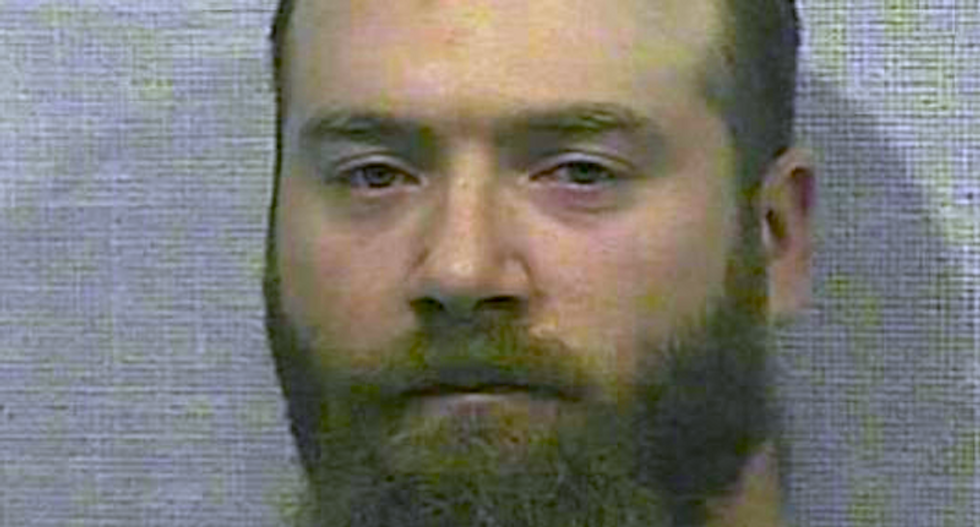 An Indiana man who forced his wife to sign a sex-slave contract with her own blood was sentenced to just two years in prison and one year on probation despite being charged with nearly 40 felonies.

Kenneth Harden had faced decades in prison if he had been convicted of rape, criminal deviate conduct, battery resulting in serious bodily injury, intimidation, strangulation, domestic battery and criminal confinement.

But the 33-year-old Harden agreed to plead guilty to criminal confinement after his wife recanted her earlier accusations, reported the Indianapolis Star.

"The victim's deposition was not consistent with her original police report," said Jackson County Prosecutor AmyMarie Travis. "It became clear to the state of Indiana that it was proper to offer a negotiated plea agreement that we offered."

Victims of domestic violence and sex abuse often withdraw their statements in fear of retaliation or due to the power imbalance in their relationships, experts say.

Some victims are also manipulated to believe they are at fault of the abuse, said Amy Bonomi, chair of the human development and family studies department at Michigan State University.

It’s not clear why Harden’s accuser changed her statements, but prosecutors said she believes justice was served.

The couple met through Craigslist, and they married soon after.

Investigators said their relationship quickly changed, and Harden tied the woman to a bed with rope and sealed her mouth with duct tape.

He burned her with cigarettes, choked her to unconsciousness, locked her in a box for hours, and forced her to have sex every day, prosecutors said.

Police found a binder in the couple’s Seymour labeled “Sex Slave Manual 2014” that listed the woman’s role, punishments, and chores.