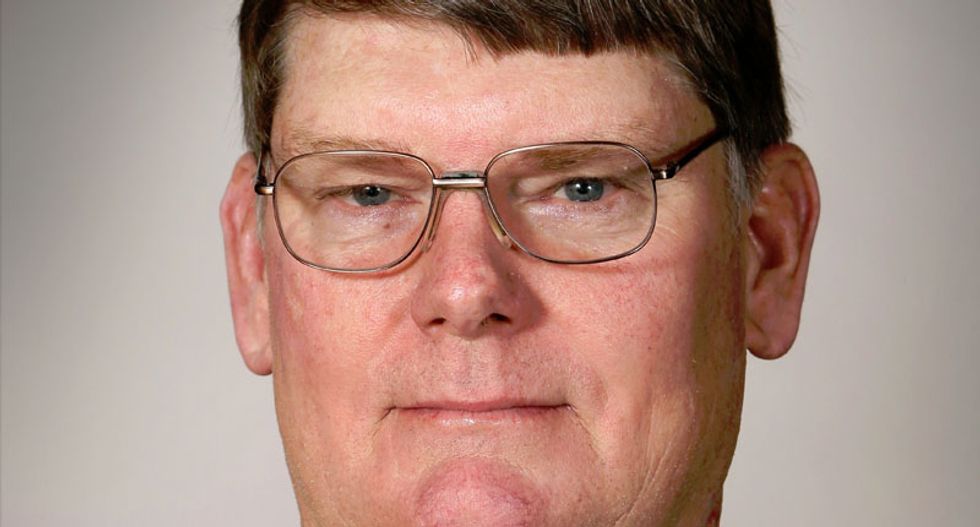 An Iowa Republican state representative insists that he was paying attention to a House session about teachers' collective bargaining rights on Wednesday in spite of the fact that he was caught on camera with some fairly racy reading materials.

According to ABC News, GOP state Rep. Ross Paustian was reading a book called Sex After Sixty when he was photographed during the session, but he claims he was just holding it for a friend.

Paustian said that the book was handed to him by fellow Republican Rep. Robert Bacon. It is a gag gift, he said, in which the pages are blank.

"We could all use a laugh around here," he said.

He went on to tell KCRG that he doesn't deserve the backlash he has received from the photo going viral. "I’m getting a lot of pretty vicious emails from people, so I have to explain. The main thing is I was totally engaged in what was going on on the floor...I knew what was going on. I knew how we were going to vote on amendments. So it wasn’t like I wasn’t paying attention to what was going on."

“If any of my constituents were offended, I apologize. I certainly wasn’t trying to offend anybody,” Paustian said.

During the same session, Republican Rep. Clel Baudler was caught watching Netflix on his laptop by Democratic group Progress Iowa.