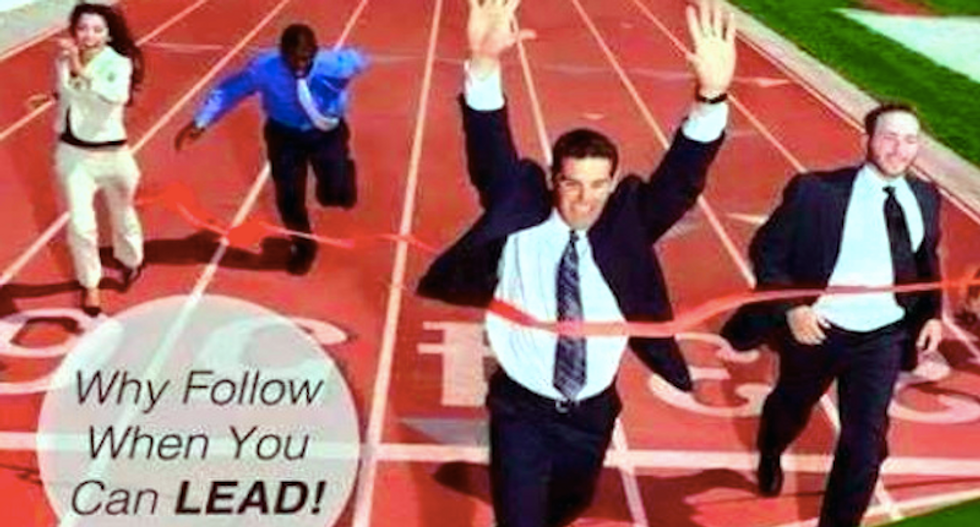 The University of North Georgia apologized and agreed to stop distributing a course catalog that shows white men winning a race while a woman and black man lag behind.

The illustration, used as the cover of a continuing education catalog, shows two white men wearing black suits celebrating as they cross the finish line ahead of a woman of indeterminate race and a black man, with the tagline, "Why follow when you can lead?"

They are dressed in professional attire, although the black man is dressed more casually and the woman is wearing heels, and they appear to be struggling to keep up.

An education reporter for the Atlanta Journal Constitution, which first reported the image, said she thought the cover was a parody when she saw it.

The vice president of university relations agreed the image showed “poor judgment,” but said it was unintentional and “an isolated case.”

“The image was not representative of UNG’s commitment to diversity, and this will serve as an opportunity for increased dialogue about diversity issues and we expect that to better inform our processes and publications,” said Kate Maine, the university official.

She said the image had been removed from the department website and social media pages, and the catalog would be reprinted before it’s distributed again.