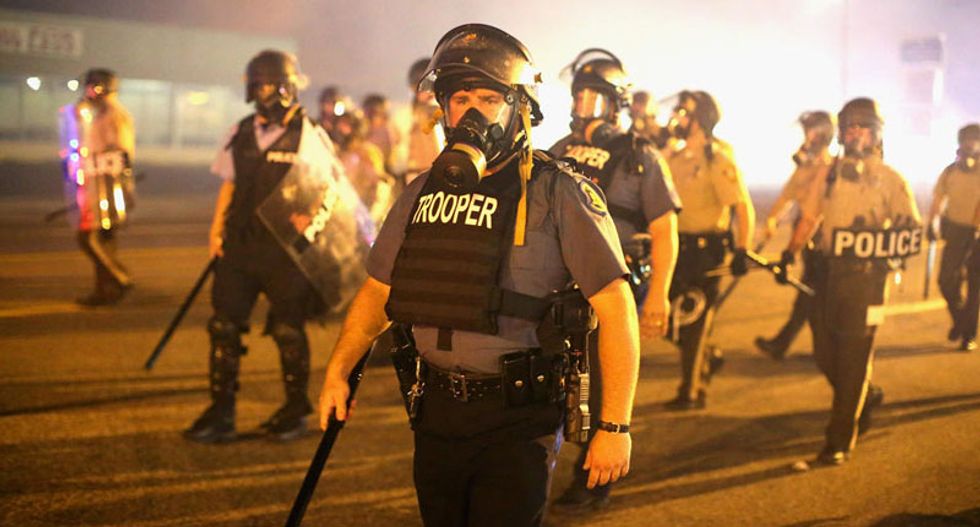 The Justice Department is reportedly preparing a scathing report to be released this week, accusing the police department in Ferguson, Missouri, of targeting African-Americans with discriminatory traffic stops and fines in order to to balance the city’s budget.

According to the New York Times, several officials who have been briefed on the report stated that abuses helped exacerbate racial tensions in the community that exploded after the shooting death of unarmed teenager Michael Brown by Ferguson police Officer Darren Wilson last August.

Justice Department officials have previously stated that they would be focusing on the use of excessive force and treatment of prisoners in local jails as well as the traffic stops.

Although details of the report have not been leaked, officials have noted that African-Americans make up 63 percent of the population but account for 86 percent of traffic stops. After being stopped, black drivers were twice as likely to be searched, despite data showing that searches of white drivers were more likely to turn up contraband. Those arrested are subject to fines which have become the city's second-largest source of revenue after sales tax, leading federal investigators to say that the city has a financial incentive to target citizens.

For targeted suspects  unable to pay their tickets, routine traffic stops can become time-consuming ordeals, with repeated jail time due to mounting fines.

Ferguson  mayor James Knowles III, complained  last week that he is unaware of what the Justice Department had found or would conclude, criticizing outgoing Attorney General Eric Holder for saying recently that wholesale changes are needed in Ferguson’s police department.

“How come they haven’t told us there is something that needs to be changed as they found it?” Knowles asked. “Why have they allowed whatever they think is happening to continue to happen for six months if that’s the case?”

Knowles said he was unsure how the city would respond to the report, saying, “The City of Ferguson is going to make its decisions based on what its residents and the people in this region feel is necessary to move us forward."

According to sources, the report will force Ferguson officials to either negotiate a settlement with the Justice Department or face being sued by it on civil rights charges.