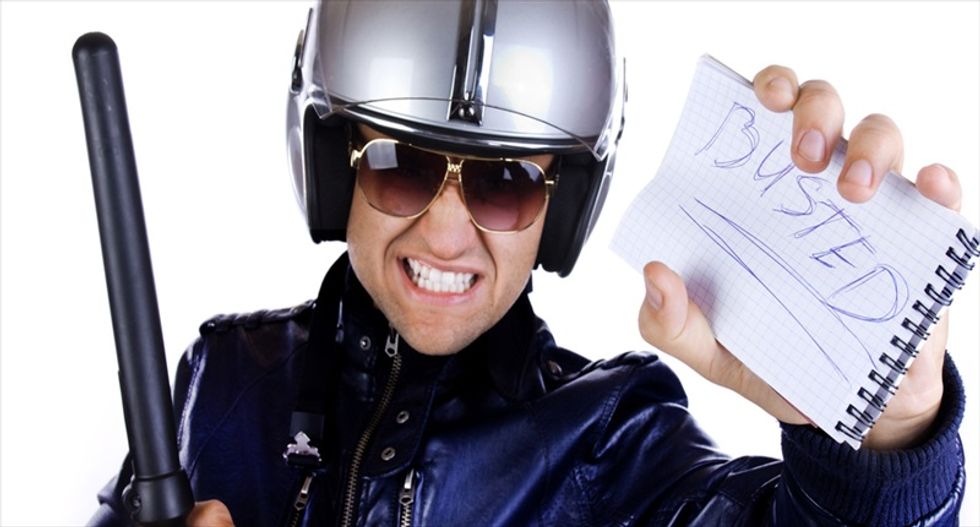 'Police Officer In Uniform With His Citation Book' [Shutterstock]

Philadelphia police need more training to defuse significant tension with the community, according to a U.S. Justice Department report released on Monday.

The highly anticipated report on police use of deadly force identified "serious deficiencies in the department's use of force policies and training," the Justice Department said.

The report came in response to a 2013 request for help from Philadelphia Police Commissioner Charles Ramsey, considered a national leader in policing, after a spike in officer-involved shootings.

"Our assessment uncovered policy, training and operational deficiencies in addition to an undercurrent of significant strife between the community and department," the report said.

Philadelphia's police are among a growing number of departments to come under scrutiny for use of deadly force after the deaths of unarmed individuals in U.S. cities ranging from Ferguson, Missouri, to Albuquerque, New Mexico, and New York.

Ramsey was tapped by President Barack Obama to head up a national task force to improve police and community relations following unrest touched off by the 2014 killing of Michael Brown, an unarmed black teen shot by a white officer in Ferguson.

In Philadelphia, cases of brutality and rogue behavior have eroded the community's trust in the police department, the report said.

Among them was a Philadelphia detective charged with helping his girlfriend, a murder suspect, hide from police, and narcotics officers accused of dangling people from high-rise balconies as an interrogation technique and stealing dealers’ drug stashes.

"Incidents involving discourtesy, use of force, and allegations of bias by officers leave segments of the community feeling disenfranchised and distrustful of the police department," the report said.

The American Civil Liberties Union of Pennsylvania said 81 percent of people shot by Philadelphia police are African-American, although they make up only about 44 percent of the population.

"The police department must begin to repair this relationship by emphasizing de-escalation and mutual respect in their interactions rather than relying on force,” said Sara Mullen, ACLU-PA associate director.

Ramsey and Mayor Michael Nutter said they were committed to making the recommended changes.

"The only way to achieve the levels of public safety we all want is by ending the notion of 'Us vs. Them' and replacing it with a shared sense of the city’s future based on police and the public working together," Nutter said in a statement.

The recommendations will be implemented over the next 18 months, the Justice Department said.