LA teacher told students Lincoln was a 'n****r-lover' and Michael Brown 'got what he deserved': lawsuit 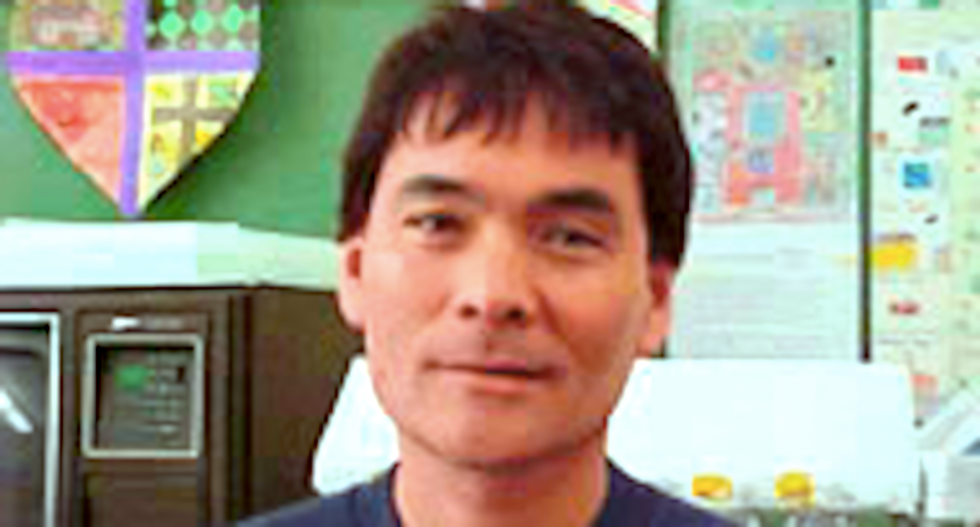 A California family sued their local school district over racist remarks they say a teacher repeatedly made to their mixed-race daughter and another black student in class.

The lawsuit, which was filed against the Los Angeles Unified School District, claims that teacher Steven Carnine made disparaging remarks to students about black and Jewish people, reported KCBS-TV.

The suit claims that Carnine handed out a questionnaire on racial stereotypes on the day after the holiday honoring Martin Luther King Jr. and made offensive remarks during a discussion of the police shooting of Michael Brown in Ferguson, Missouri.

“In discussing the incident, Carnine said that the guy was a thug and he got what he deserved,” the suit claims. “(The teacher also said) black people are judged for not being smart because they are not smart. A lot of them are just athletes.”

Carnine told students that if he were walking alone at night and noticed two black men walking behind him, he would be “scared and think they are either going to steal from me or hurt me,” the suit claims.

He also told students “we all know Jews like to hoard their money,” according to the suit.

The lawsuit claims Carnine made these remarks while looking at the mixed-race teen and the only other black student in a class of about 30 pupils.

The girl is an eighth-grade student at Paul Revere Charter Middle School and Magnet Center in Brentwood.

The suit claims the principal told him that Carnine was “old school” and encouraged the girl’s father to meet with the teacher.

That same day, according to the suit, Carnine told students that “people didn’t like Lincoln because he was a n****r-lover” as he smirked at the mixed-race girl.

Her parents then met with the assistant principal, Thomas Iannucci, who the suit claims dismissed their complaints and told them there was “no need to go to the press.”

The suit claims the teen fears for her safety and suffers from anxiety and sleep problems.