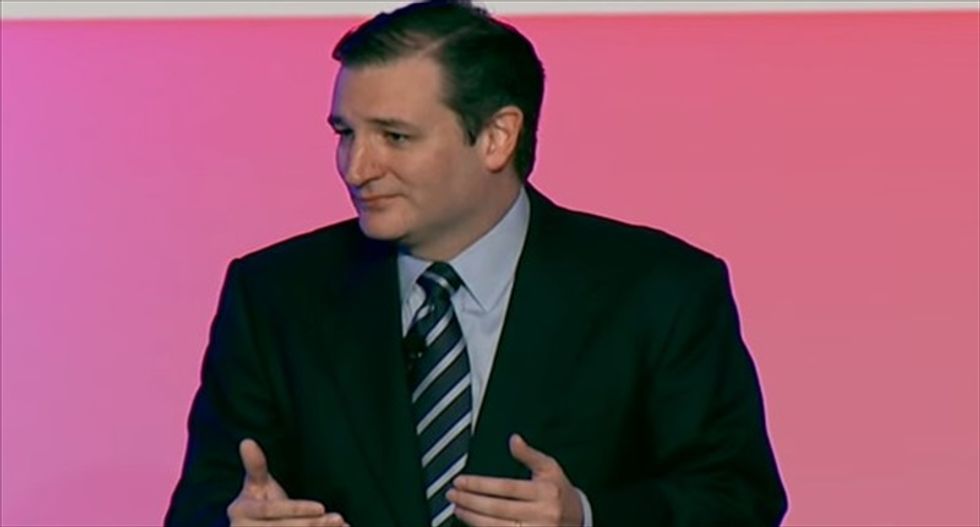 Sen. Ted Cruz (R-TX) during an awkward speech to the International Association of Firefighters in Washington D.C. [MSNBC]

As you've probably heard, Senator Ted Cruz (R-TX) showed his signature compassionate-conservative side on Sunday during a speech at the Strafford County Republican Committee.

When a very understated Cruz said, "the whole world is on fire," A three-year-old girl, already traumatized by hearing Ted Cruz speak, I'm sure, had to check that she had not misheard him, asking, “The world is on fire?” Cruz replied “Yes! Your world is on fire!” And it was adorable. To make her feel even more warm and fuzzy, he assured the girl, “But you know what?” he asked. “Your mommy is here and everyone is here to make sure that the world you grow up in is even better.” Does that mean the world is going to be even more on fire?

We'll never know if Cruz really intended to channel his inner Alicia Keys. But a girl can dream... and make this video.