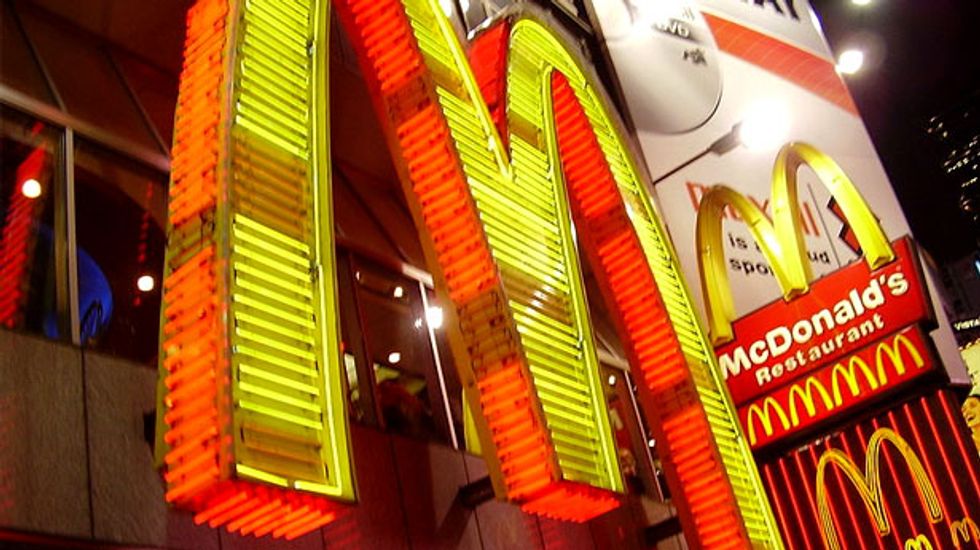 McDonald's restaurant workers from 19 U.S. cities said on Monday they have filed 28 health and safety complaints with federal and state regulators, alleging hazardous working conditions that led to severe burns from hot grills and fryer oil.

The complaints opened a new front in a more than two-year-old campaign by workers and unions seeking to roughly double pay to $15 per hour and improve working conditions for U.S. fast-food workers.

McDonald's workers, who have also claimed they have been subjected to wage theft, racial discrimination and retaliation for attempting to unionize, ultimately hope to hold McDonald's Corp responsible for the actions of its franchisees.

The complaints, filed over the last two weeks with the U.S. Occupational Safety and Health Administration (OSHA) as well as various state authorities, included allegations that workers were pressured to clean and filter fryer oil while it was still hot.

The complaints, targeting 19 franchised restaurants and nine operated by McDonald's Corp, also claimed that many stores lacked basic first aid kits or protective gear to ensure worker safety, and that managers told workers to treat burns with condiments like mustard and mayonnaise.

McDonald's said the company and its franchisees are committed to providing safe working conditions for employees working at the roughly 14,000 U.S. McDonald's restaurants.

"We will review these allegations," Heidi Barker Sa Shekhem, a spokeswoman, said in a statement.

Brittney Berry, 24, said she was rushing to meet managers' demands to work faster when she slipped on a wet floor at a McDonald's restaurant in Chicago. She suffered a severe grill burn on her forearm and nerve damage to her wrist. "The managers told me to put mustard on it, but I ended up having to get rushed to the hospital in an ambulance," said Berry, who continues to work at the restaurant where she was injured.

The complaints were filed by workers supported by the "Fight for $15," a campaign backed by the Service Employees International Union. They asked OSHA and state health and safety regulators to inspect the restaurants. Organizers did not have a total number of injured employees but said the number of injuries in each complaint varied.