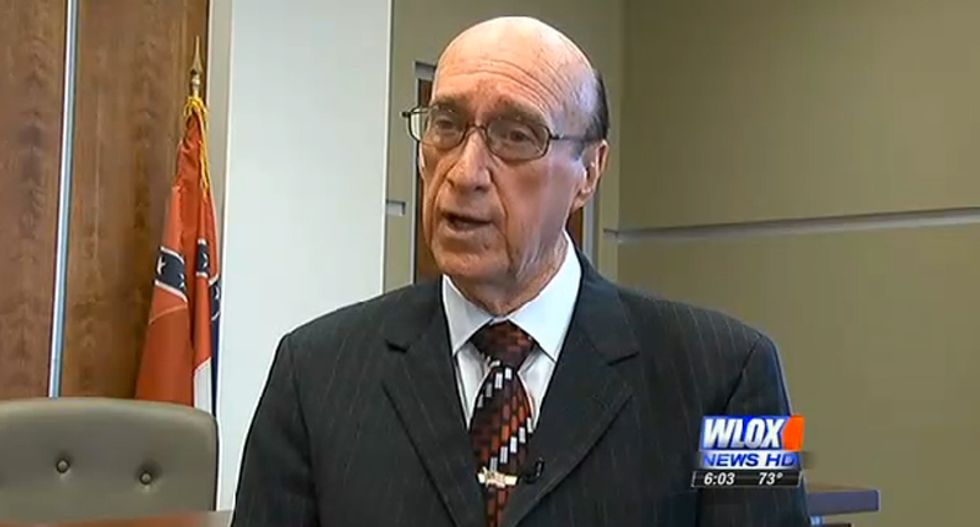 A Mississippi judge has been offering minors arrested while in possession of alcohol an opportunity to keep the charge off of their permanent record by allowing them to write an essay based upon the Book of Revelation, reports Fox10 TV.

Telling youthful offenders, "If you enter a plea of guilty, it's on your record,"  Harrison County Judge Albert Fountain gives them the option of writing the 1,000-word essay based upon scripture, along with addressing the effects of alcohol in their writing.

"I don't force them to do that. It's their choice. That's just my recommendation. They can write it on anything they want to," the judge explained, adding that he also takes away their license for 10 days while placing them on a 90-day probation conditional upon good behavior.

"It just felt like I had to do something different," Fountain said. "There is more to it than just sentencing someone, and I felt I needed to make a difference."

Fountain acknowledged that using the Bible may violate the separation between church and state, but insisted that his methods are best. “Separation of church and state is a big topic, and I understand some people have their beliefs, but I think what’s wrong with the country today is that we’ve taken Christ and God out of everything,” he told Fox10.

According to the judge, most offenders opt to write the essays, stating, "I've been doing this eight or 10 years, and 19 out of 20 (offenders) read the book and write about Revelation."

"When they read Revelation, they can't help but think about what we're heading for in the future if we don't do the right thing," Fountain said. "I've had them come back with tears in their eyes. They tell me it's a scary book to read. I can't force them to do it, but all I can do is plant a seed."

He admitted he has encountered a few people who disagreed with the Revelation recommendation, saying, "If they tell me they're an atheist or don't believe in Jesus Christ, I say, 'Well that's your opinion, sir or ma'am.' God has put it on my heart to do this. They may never be exposed to it ever again. It may change their entire life."

Watch the video below from Fox 10: