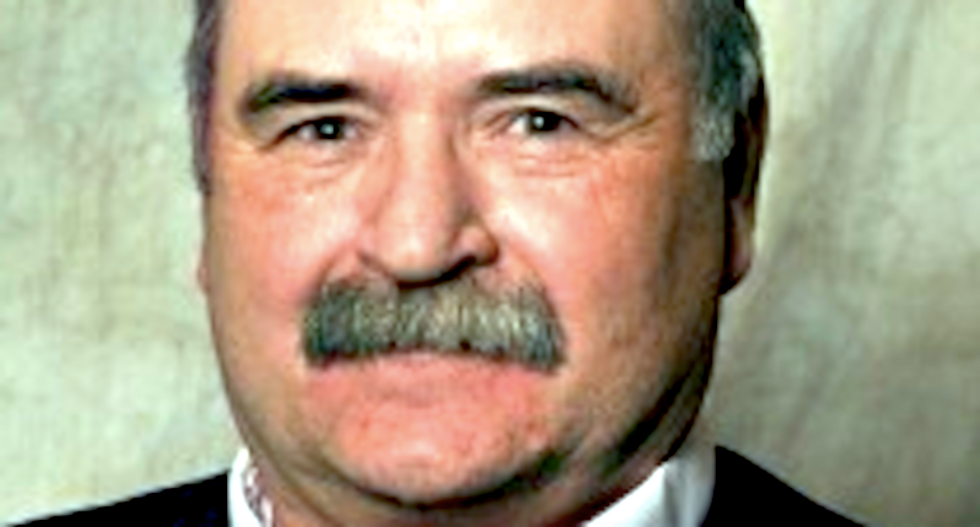 A Montana Republican offered a weird analogy during a debate over a proposed “fetal surgery” bill intended to limit legal abortion.

State Rep. Bill Harris (R-Winnett) compared abortion providers to veterinarians Monday during a debate on HB 479, which would require physicians to determine the gestational age of a fetus before performing surgical procedures in the womb, reported MT Cowgirl.

Under the “Montana Unborn Child Pain and Suffering Prevention Act,” doctors would also be required to administer fetal anesthesia and maintain detailed records of its use.

“Whether you call this an unborn fetus or an unborn anything else, it still rises to the level of needing humane consideration,” said Harris, a Tea Party conservative.

“If I took an animal – regardless of what it was, whether it was dying or whether it was just needing unwanted or wanted rid of – to a veterinarian to have it euthanized, that veterinarian would go to every effort to do that in as painless and as humane a way that he could manage, so for obvious reasons, I’m an absolute yes to this bill,” he continued.

Critics of the bill say it would impose vaginal probe ultrasounds on women against their will, based on dubious science.

“I’m sorry if women’s bodies get in the way of the development of a fetus, but that’s the reality, and until there is a day when babies can be grown in an incubator without women’s bodies, you’re going to have this problem where, yes, we are the vessels that carry fetuses, and you can’t get around that fact,” said House Minority Whip Rep. Jenny Eck (D-Helena).

“We have a will of our own, we have opinions of our own, and we have lives of our own, so as soon as we become treated as just an incubator it becomes very problematic,” Eck continued. “I would say (this is) very different from a situation where someone puts their dog down at the veterinarian’s office.”