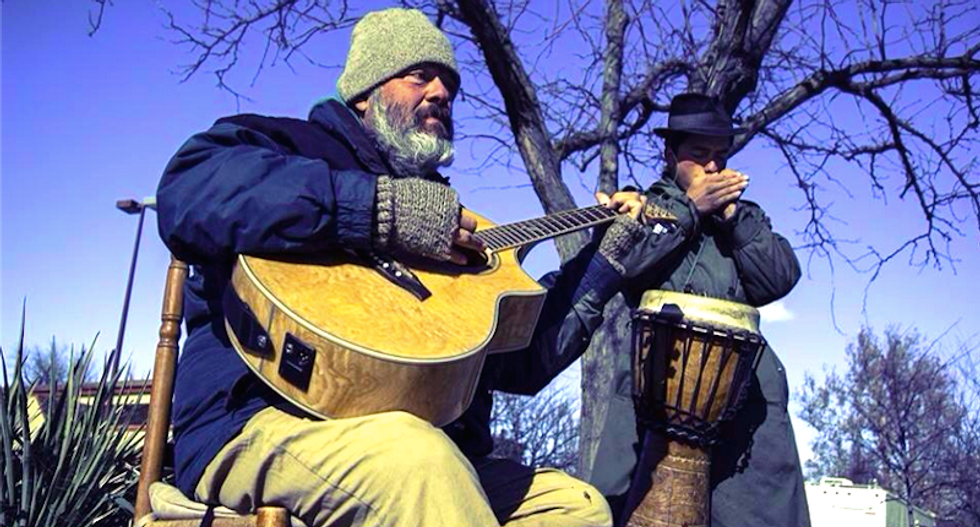 The suspects in a fatal brawl with police outside an Arizona Wal-Mart have been identified as a family from Idaho who had apparently been living in a vehicle in the store's parking lot for days before the melee, authorities said on Tuesday.

Five adults and one juvenile were booked on multiple charges stemming from the fight that erupted late on Saturday in Cottonwood after police responded to a report that a female Wal-Mart employee was assaulted by multiple suspects.

Police said the officers were immediately attacked by the suspects in the parking lot and that during the fracas, 21-year-old Enoch Gaver was shot and killed, while his brother David Gaver, 28, was shot in the abdomen.

One police officer, 31-year-old Sergeant Jeremy Daniels, was also shot and remains in a hospital in Flagstaff, about 45 miles away. Daniels, a 10-year veteran of the Cottonwood Police Department, is expected to make a full recovery.

Those arrested on charges including aggravated assault and attempted homicide were Peter Gaver, 55, and Ruth Gaver, 52, and their children Nathan Gaver, 27, Jeremiah Gaver, 29, and David Gaver, as well as a juvenile whose identity was not released.

State police spokesman Bart Graves said three shots were fired during the brawl, but that there had been a struggle for one of the officers' guns and it was not clear who fired.

"It looks like it's going to take us weeks to sort this out," Graves said. "I think we're going to find that this was a very unusual family."

Several of the Gavers were sidewalk musicians who perform in a Mormon band called Matthew 24 Now.

"Matthew 24 Now is our band that has been in the works for many years!" reads a Facebook page apparently set up by the band in June 2013 but not updated since last December.

"We are also known as Busking in The Son; as we have been busking on the streets of Boise Idaho for the last 3 years," the page read, listing the band members as Peter Green (Gaver), and sons Jeremiah and Nathan.