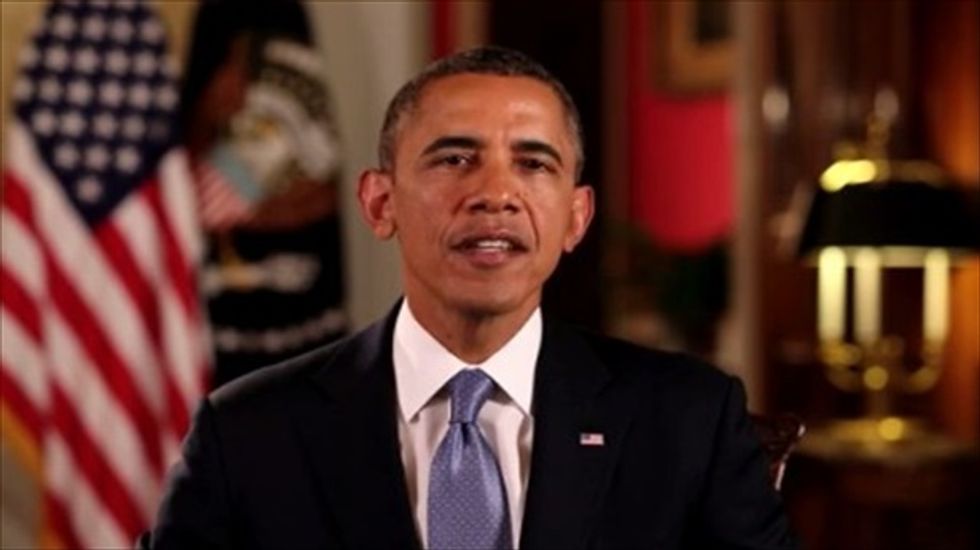 President Barack Obama took aim at his Republican opponents and his gaffe-prone vice president on Saturday in a satirical speech that included a roast of his former Secretary of State Hillary Clinton over her recent problems with email.

Obama joined Wisconsin Governor Scott Walker, a potential Republican contender for the 2016 presidential election, and Democratic Governor Terry McAuliffe of Virginia for the annual Gridiron dinner, an evening of song and skits making light of major players in U.S. politics.

Obama joked that his reputation for being a tech-savvy president had now been eclipsed by his one-time foe Clinton, who has come under fire for using a private email account for her work as the nation's top diplomat.

"If you think about how things have changed since 2008, back then I was the young tech-savvy candidate of the future. Now I'm yesterday's news and Hillary's got a server in her house!"

"I am so far behind," he said to laughter.

Walker also had some fun with Clinton's email controversy, tying her to wealthy Wall Street donors.

"I even have Hillary's private email," Walker said. "It goes right to her campaign headquarters. You know, it's hillaryclinton@wallstreet.com," he said.

Walker quipped that the joke was written by Democratic Senator Elizabeth Warren, who is known for crusading against Wall Street, and who some Democrats hope will challenge Clinton.

Obama, feeling loose with less than two years left in office, noted criticism that he had taken a "selfie" photo in a viral video promoting his health insurance program, but he turned the tables on Republican senators who sent a letter to Iran warning them against a nuclear deal Obama hopes to secure.

"You don’t diminish your office by taking a selfie. You do it by sending a poorly written letter to Iran," Obama said.

Obama jabbed Walker for dodging a question during a recent trip to London on whether he believed in evolution.

"I absolutely believe in the theory of evolution - when it comes to gay marriage," Obama said to laughter.

Obama came out in favor of gay marriage in 2012 after many years of what he described as a personal evolution in his thinking about the subject.

The Gridiron Club and Foundation, founded in 1885, is the oldest organizations of journalists in Washington. Membership is by invitation only.