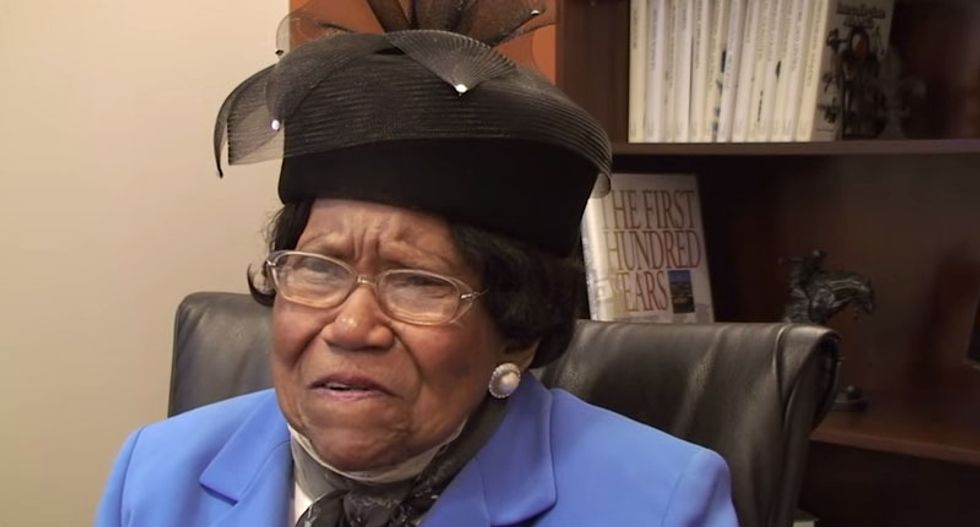 Nancy Randolph Davis, a prominent Oklahoma civil rights activist who in 1949 became the first African-American to enroll at then segregated Oklahoma State University, has died at the age of 88, officials said on Wednesday.

Davis, who helped open the door for other black students to attend segregated schools in Oklahoma, was an advocate of quality education for all, without racial barriers. She died on Monday, family members and officials said.

"She was a soldier and a pioneer for civil rights. She worked to make the world a better place for everyone," said Garland Pruitt, president of the Oklahoma City chapter of the NAACP, or National Association for the Advancement of Colored People.

A 1948 U.S. Supreme Court decision calling on the state to provide equal education to black students led Davis to enroll at OSU, then called Oklahoma A&M, and Ada Lois Sipuel Fisher to enroll at the University of Oklahoma School of Law.

White administrators of the universities tried to keep the two away from whites, forcing Davis to sit in the hallway during class and Fisher to sit in a roped-off section with a seat marked "colored," records showed.

Davis, a high school teacher when she enrolled at OSU, eventually won her classmates over. After she scored the second-highest mark on a test, her classmates told the professor she deserved a seat in the classroom, OSU said.

Davis earned a master’s degree in home economics in 1952 and was honored as an OSU Distinguished Alumna in 1999. OSU offers three scholarships in her name and named a residence hall in honor of the woman who was not allowed to live on campus when she was a student.

After graduation, she taught home economics and child care at Star Spencer High School for 23 years.

"She believed strongly in the power of education and her courage and persistence paved the way for countless African- American students," said OSU President Burns Hargis.

Watch video of Nancy Randolph Davis talking about her first semester on the segregated Oklahoma State University campus below: