Oklahoma one step closer to turning marriage over to clergy to spite gays, atheists 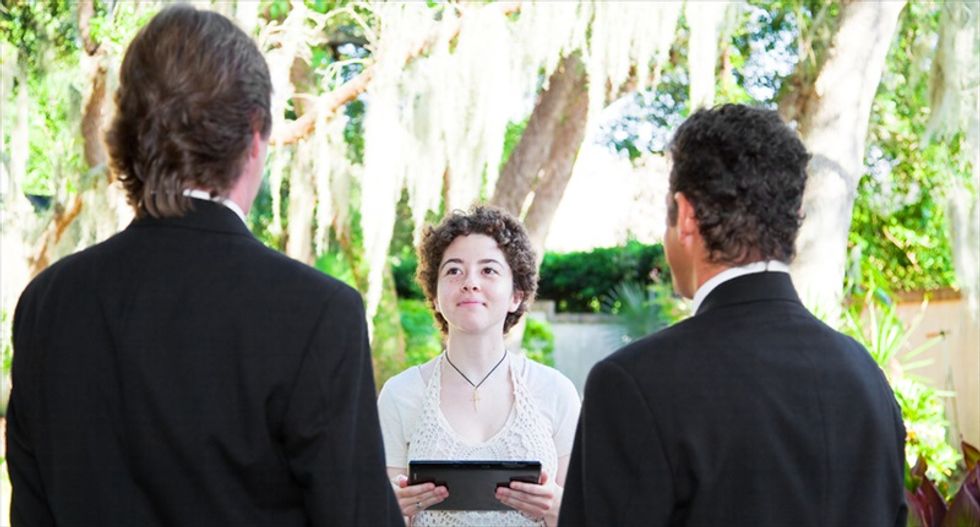 An Oklahoma bill putting marriage licenses solely in the hands of clergy was approved by the state House of Representatives on Tuesday, the Tulsa World reported.

House Bill 1125 would bar county clerks from issuing marriage licenses in the wake of the federal court ruling late last year striking down a state ban on same-sex marriages. The bill passed in a 67-24 vote, sending it to the state Senate.

If the Senate passes the bill, only "an ordained or authorized preacher or minister of the Gospel, priest or other ecclesiastical dignitary of any denomination" would be allowed to issue "certificates of marriage" after presiding over a ceremony.

"Marriage was not instituted by government," state Rep. Dennis Johnson (R) said. "It was instituted by God. There is no reason for Oklahoma or any state to be involved in marriage."

The measure, one of several GOP bills targeting members of the LGBT communities, has been blasted by advocacy groups, including Oklahomans for Equality, which called it part of an "all-out assault on the LGBT citizens of Oklahoma."

State House Democrats opposing HB 1125 also noted that it would effectively legalize same-sex unions anyway, since the measure does not specifically define marriage as being between a man and a woman.