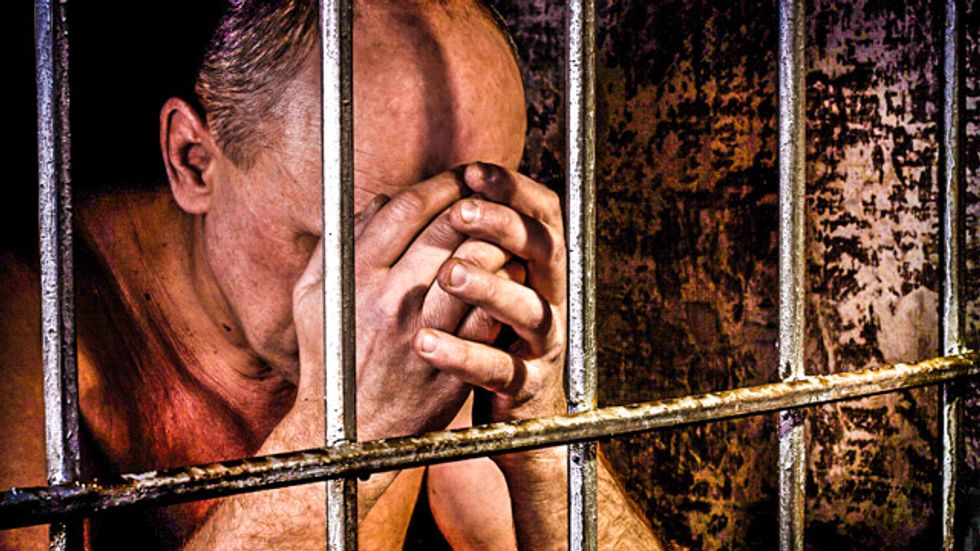 Both father and son were at first charged with hindering prosecution, but those charges were dropped. Benito has not been charged with any other crime.

He is being held as a material witness in the trial of another of his sons, Eloy Vasquez-Santiago, who is charged with killing Maria Bolanos-Rivera, a 55-year-old mother of six, in Hillsboro, Oregon in 2012.

According to the Oregonian , Jeff Lesowski, the prosecutor in the Vasquez-Santiago case, told the court he sincerely regrets keeping Vasquez-Hernandez locked up, but said he had no choice.

“I’m trying to convict a man who has confessed to killing a mother,” he said. “It’s not a real easy job. It’s not perfect.”

Vasquez-Hernandez’ detention is almost entirely unprecedented. Jann Carson, the associate director of the American Civil Liberties Union (ACLU) of Oregon, said she had never heard of anyone being held this long as a material witness.

“It really is a bit shocking to understand that somebody is being held this long that hasn’t been charged with a crime,” Carson said. “It’s a long time for a deprivation of liberty.”

Moises Vasquez-Hernandez was kept locked up for 727 days, also as a material witness. He was released after he was given a diagnosis of schizophrenia.

In their first court appearance of the trial, last Tuesday morning – reported in the Oregonian – serious communication issues became clear. Father and son repeated “I didn’t do anything, I didn’t do anything” and failed to respond to questions.

“Why am I in jail? It’s been two years. It’s been too long,” Benito Vasquez-Hernandez said. In answer to the question “Do you swear to tell the truth?” he said: “That question, no. I want to get out.” He was eventually dismissed by the judge.

Asked how many brothers he had, Moises answered: “We were 10 siblings, but they died. We were 11. Nine died.”

Then he said: “And I have a small penis.”

Attorneys representing both Vasquez-Hernandez and his son claim both are simply unable to understand what is going on. In court documents obtained by the Oregonian, David Rich, who represents Moises, said he had “a poverty of intellect that can be described as nothing short of stunning” and that being in custody was making him “literally crazy”.

Rich, as well as Alan Biedermann, who represents Benito Vasquez-Hernandez, did not respond to requests for comment.

Lesowski, the prosecutor, has reportedly been trying to find a way out of the situation, including offering Benito Vasquez-Hernandez the opportunity to give his testimony on video in a sworn deposition.

It is unclear whether Vasquez-Hernandez understood fully or even partially what was being offered. It is unclear, in fact, whether he understands anything at all about the whole situation.

Either way, Lesowski’s offer was declined.