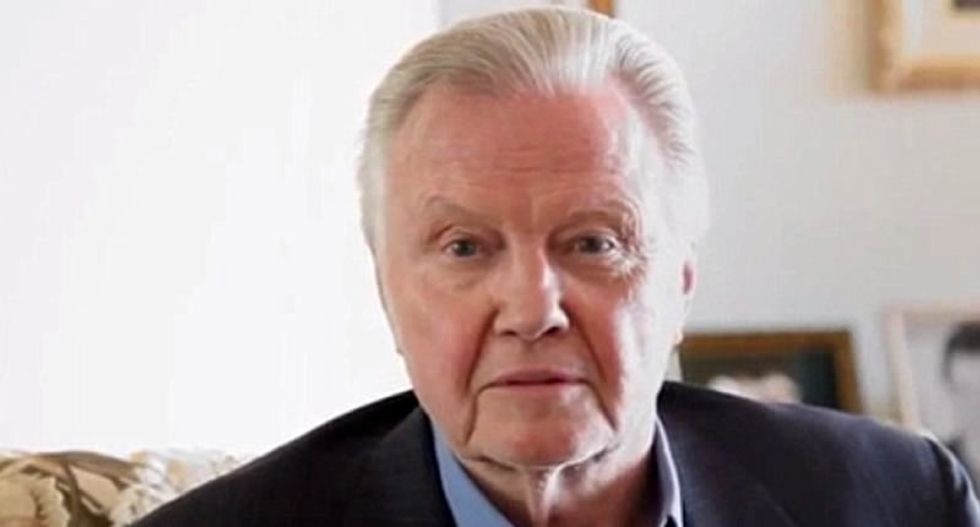 Voight began bluntly, declaring that "I love Israel, and I want to see Israel survive. I don't want to see it overtaken by the mad men of this world. President Obama does not love Israel."

The president's "whole agenda is to control Israel," Voight said. "In this way, he can be friends with all of Israel's enemies."

"He doesn’t want Bibi Netanyahi to win this upcoming election," he continued, before abruptly shifting gears. "America has not been the same since [Obama's] presidency. I beg everyone -- all of you -- to understand the truth."

Addressing the president's decision to engage in nuclear talks with Iran, Voight said that "everyone who believes that deal-making is the solution to what Israel faces are as wrong as Neville Chamberlain believing he made a peace deal with Hitler."

"We must learn from history where the true danger lies," Voight concluded. "I pray to God to keep Israel safe, and America as well."