Pat Robertson advises mom of gay son: Don't enable him 'any more than if he’s a drug addict' 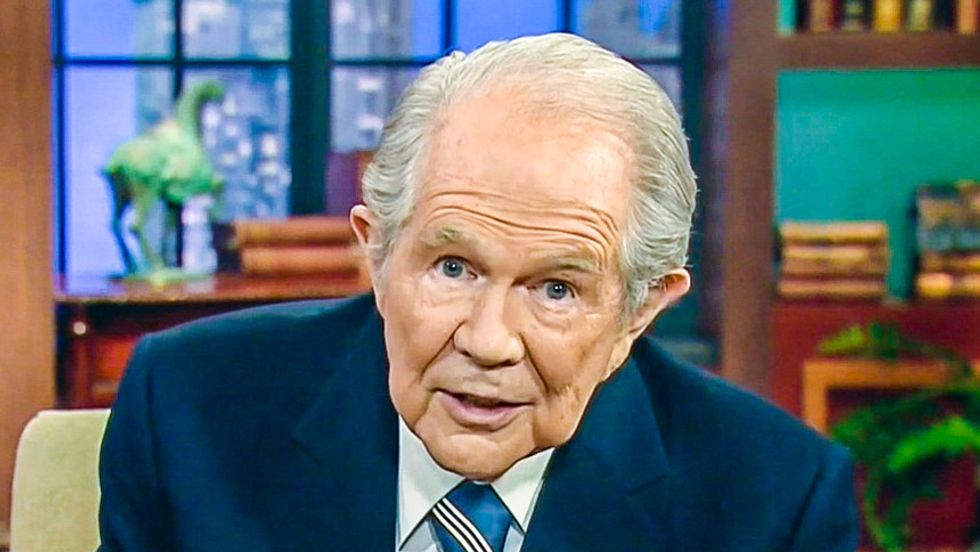 Responding to a mother who was concerned after her son "came out of the closet," only to announce that he is now becoming an atheist, television evangelist Pat Robertson told the woman she needs to stop enabling her son and treat him as if he was a "drug addict."

In her email, the woman wrote, "Dear Pat, not so long ago my son 'came out of the closet' and about a year later he told us he was becoming an atheist. I want him to follow the path of Christ, but it's so hard. What can I do about it?"

Robertson counseled love, but warned her to not enable his lifestyle choices.

“You cannot go along and say, ‘I agree with your lifestyle,’” he explained. “So don’t be an enabler, any more if he’s a drug addict, you don’t enable people to continue in their drug habits. But you let him know you love him, let him know God loves him.”

"It's a very difficult relationship. You don't want to shame, you want to have love, but you've got to let him know you don't approve of the things he's doing."

Robertson added, "You just let him know there's always a welcome, you're always there, that you're his mother, and you'll look after him because there is a bond there that has not been severed."