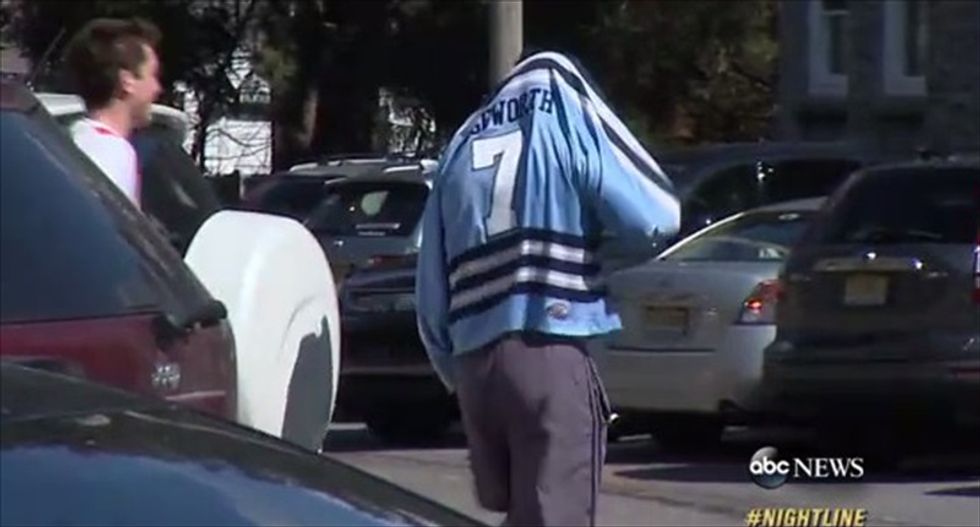 In attempting to defend his group sharing photos of women who were unconscious and naked, a member of Penn State University's Kappa Delta Rho (KDR) fraternity implicated every other Greek organization, as well as at least one former president.

"Here's a quick reality check: everyone — from Bill Clinton to your grandfather to every Greek organization in the nation does the same old stuff, just as they have been for the entirety of human history," the KDR member told Philadelphia magazine on condition of anyonymity. "That's where that lil' old quip, don't throw stones if you live in a glass house, comes from. And believe me, we all live in a glass house."

As The Guardian reported on Tuesday, the Penn State chapter was suspended by the school's Intrafraternity Council after officials discovered two private Facebook pages containing multiple pictures showing naked women "passed out or sleeping," as well as hazing incidents and drug sales.

But the Delta member repeatedly described the pages as "satirical" in nature in defending the content.

"It wasn't malicious whatsoever. It wasn't intended to hurt anyone. It wasn't intended to demean anyone," he said. "It was an entirely satirical group and it was funny to some extent. Some of the stuff, yeah, it's raunchy stuff, as you would expect from a bunch of college-aged guys. But, I mean, you could go on any one of hundreds and thousands of different sites to access the same kind of stuff and obviously a lot worse and a lot more explicit."

ABC News reported that the fraternity is under investigation for possible criminal conduct after another member showed the two pages to police.

The anonymous frat member told the magazine that he did not post or comment on any of the content that spurred the sanctions against his organization. He also argued that the pages were used primarily to discuss internal business.

"It wasn't a legitimate concern," he said. "It is a brotherhood and nobody expects anyone to go and post stuff publicly or so forth and so on. It's a real disappointment that this kid went and did this."

Watch a report on the potential criminal charges against the chapter, as aired by ABC, below.