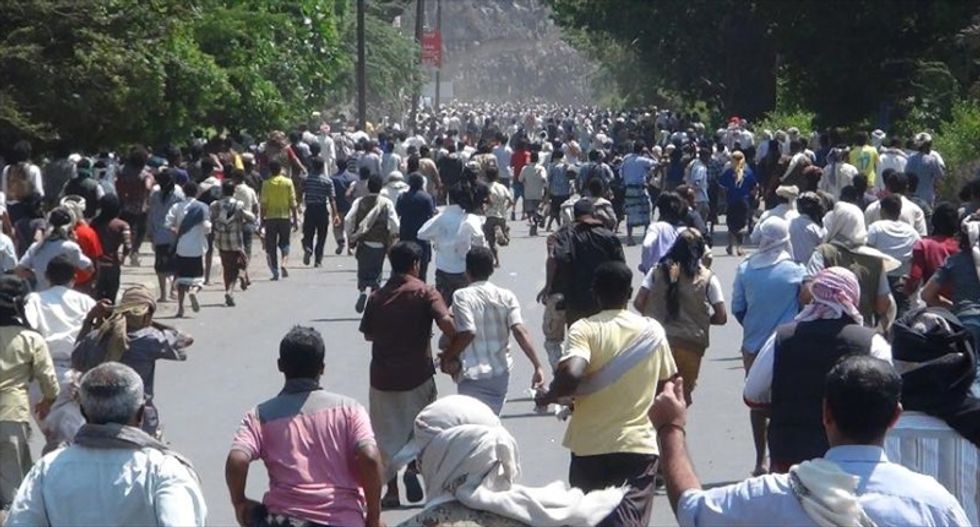 Residents of Aden run towards a weapons depot to take up arms in preparation for a potential advance on the city by Huthi Shiite militia and their allies on March 25, 2015. Photo by Saleh al-Obeidi for Agence France-Presse.

Five Gulf states said Thursday that they will protect Yemen's embattled President Abedrabbo Mansour Hadi against Shiite rebels that have closed in on the city of Aden, where he took refuge after fleeing the capital Sanaa.

Saudi Arabia, Qatar, Kuwait, Bahrain and the UAE said they "have decided to answer the call of President Hadi to protect Yemen and his people from the aggression of the (Shiite) Huthi militia".