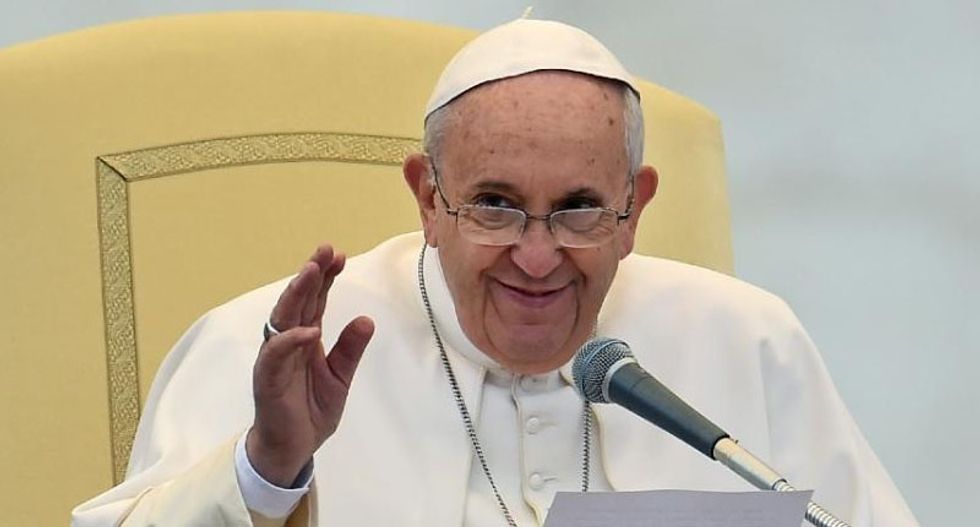 US President Barack Obama will host Pope Francis at the White House on September 23, accepting an invitation extended during talks at the Vatican last year.

The White House said the president and the pope will continue a dialogue about poverty, the environment, immigration and promoting religious freedom.

"The president looks forward to continuing this conversation with the Holy Father during his first visit to the United States as pope," a statement said.

The 78-year-old leader of the world's Roman Catholics confirmed late last year that he would visit the United States to take part in a Catholic Church congress in Philadelphia.

Obama and Francis met for the first time at the Vatican in March last year in talks clouded by disagreements over provisions for contraception included in the US leader's landmark health care reforms.

Obama has regularly spoken of his admiration for Francis, repeatedly praising the pontiff for his compassion and modesty.

"As a champion of the poor and the most vulnerable among us, he carries forth the message of love and compassion that has inspired the world for more than two thousand years -– that in each other we see the face of God," Obama said last year.

Francis is also widely credited with helping to kickstart the secret diplomacy between Cuba and the United States which culminated with the two Cold War rivals declaring a historic rapprochement last year.

According to a Vatican statement, Francis wrote letters to US and Cuban leaders and "invited them to resolve humanitarian questions of common interest, including the situation of certain prisoners, in order to initiate a new phase in relations between the two parties."

US and Cuban representatives later met in the Vatican as the dialogue gathered pace. The Vatican was the only outside government to participate in the discussions.

Confirmation of the meeting comes with Pope Francis's popularity amongst Americans soaring according to recent polls.

A survey by the Pew Research Center released earlier this month showed that 90 percent of Catholic Americans thought well of the pontiff, including 57 percent who held a "very favorable" view of him.

Among Americans of all faiths, 70 percent held a favorable view of the Argentinian-born pope -- the highest level since his papacy began in March 2013.