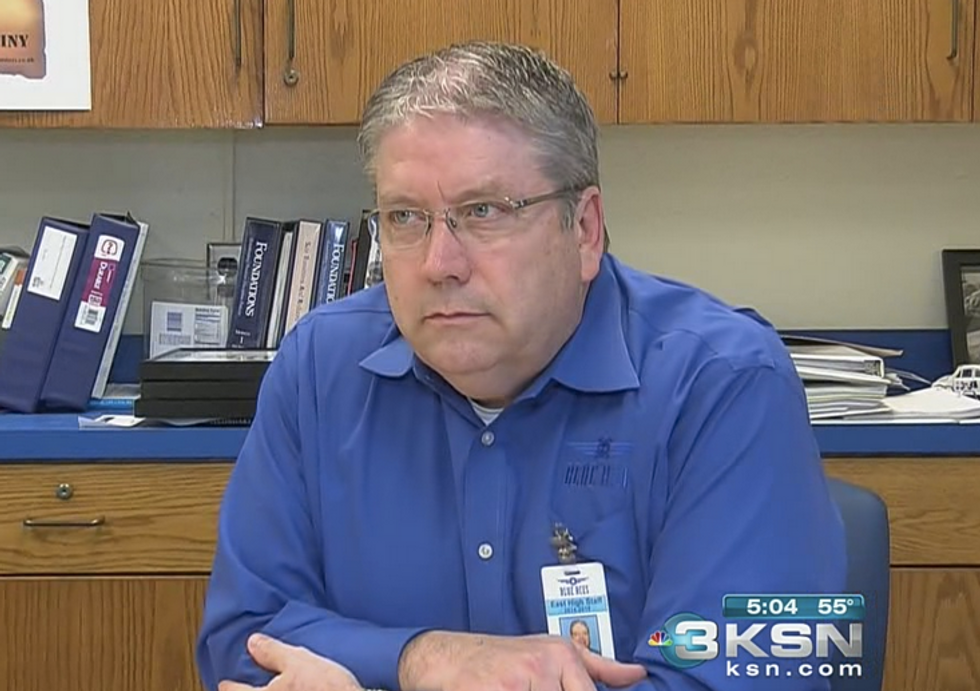 A principal at a Wichita, Kansas high school is accused of ordering a student with Down syndrome to stop wearing the varsity letter jacket his family gave him.

KSN News reported that student Michael Kelley -- who has Down syndrome and autism -- doesn't play on one of Wichita East High School's varsity teams, but rather on the school's special needs volleyball team.

The boy's mother, Jolinda Kelley, told KSN that the school informed her that official varsity letters are available only to players who lettered in a varsity sport.

“Another parent, from what I am told, was upset that my son was wearing his letter jacket," she said, so the school principal asked Michael to remove the jacket and gave him a sweatshirt to wear instead.

East High Principal Ken Thiessen told KSN, “Teachers told the (Kelley) parents they would prefer he not wear the letter on his jacket.”

The school at one point considered allowing special needs students to earn letters in sports and activities, Thiessen said, but "our decision was no. We decided that is not appropriate in our situation because it is not a varsity level competition.”

The school district's athletic director J. Means told the family and KSN that if it were up to him, all students who excel at their sport -- including kids like Michael -- should be able to earn a varsity letter.

KSN reported that the school district has no universal policy on the matter and that the decision is ultimately up to each school.