Prosecutor pens apology to innocent man he sent to prison for 30 years: 'I wasn't interested in justice' 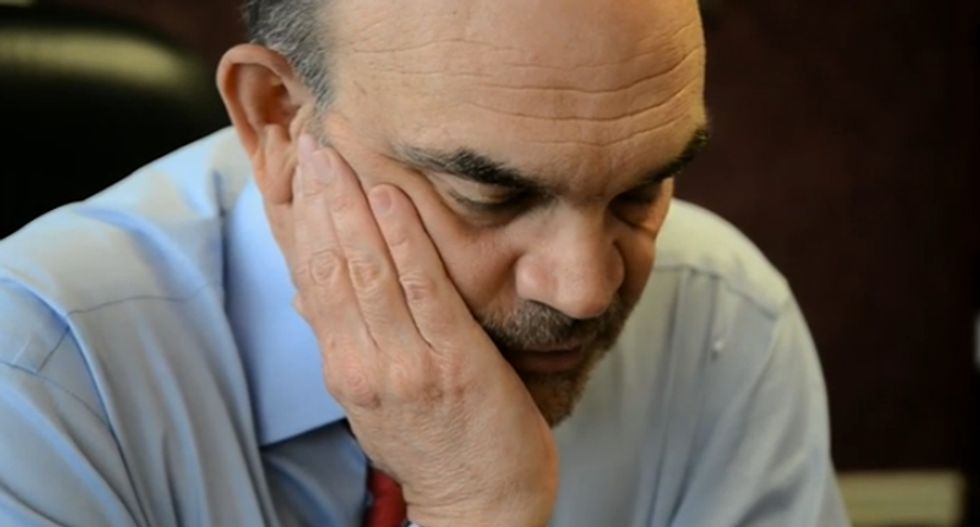 The lead prosecutor in a case that sent an innocent Louisiana man to death row for thirty years, penned a heartfelt apology to the man admitting, "I was not as interested in justice as I was in winning.”

In the letter, published by the Shreveport Times, attorney A.M. “Marty” Stroud III claimed responsibility for the conviction of Glenn Ford in the 1983 murder of Isadore Rozeman, a Shreveport jeweler.

"I was at the trial of Glenn Ford from beginning to end. I witnessed the imposition of the death sentence upon him. I believed that justice was done," Stroud wrote. "I had done my job. I was one of the prosecutors and I was proud of what I had done."

Ford, now 64, was released from Louisiana’s notorious Angola prison on Tuesday by a Shreveport judge after Louisiana state prosecutors stated they could no longer stand by his conviction.

Ford was sentenced to death by an all-white jury carefully selected by prosecutors, and convicted despite the testimony of a primary witness who admitted in court that she lied to protect her boyfriend who was also a suspect.

Stroud wrote his letter in support of Ford who is seeking to be compensated by the state for the time spent while wrongly incarcerated.

"Glenn Ford should be completely compensated to every extent possible because of the flaws of a system that effectively destroyed his life," Stroud wrote. "The audacity of the state's effort to deny Mr. Ford any compensation for the horrors he suffered in the name of Louisiana justice is appalling."

According to Stroud he was "arrogant" and only interested in winning the case, writing, "In 1984, I was 33 years old. I was arrogant, judgmental, narcissistic and very full of myself. I was not as interested in justice as I was in winning. To borrow a phrase from Al Pacino in the movie "And Justice for All," 'Winning became everything'."

Stroud admitted he was too "passive" when it came to listening to Ford's side of the story, stating, "I did not consider the rumors about the involvement of parties other than Mr. Ford to be credible, especially since the three others who were indicted for the crime were ultimately released for lack of sufficient evidence to proceed to the trial."

"My mindset was wrong and blinded me to my purpose of seeking justice, rather than obtaining a conviction of a person who I believed to be guilty. I did not hide evidence, I simply did not seriously consider that sufficient information may have been out there that could have led to a different conclusion. And that omission is on me."

After apologizing to Ford and all involved in the trial, Stroud called for an end to  the death penalty saying it was "an abomination that continues to scar the fibers of this society."

"I end with the hope that providence will have more mercy for me than I showed Glenn Ford," he concluded. "But, I am also sobered by the realization that I certainly am not deserving of it."

Watch video of Stroud below from the Shreveport Times: