Putin: Murder of my vocal critic an attempt to discredit Kremlin 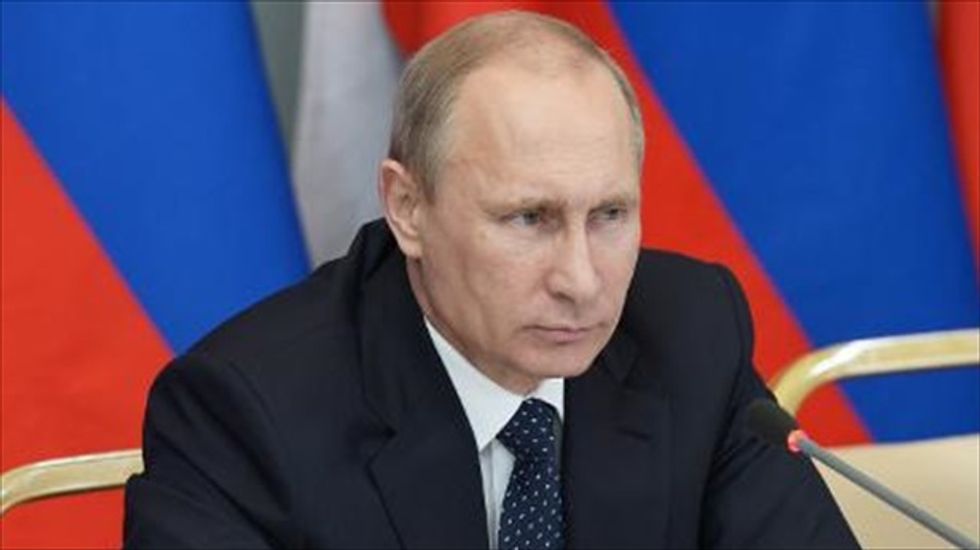 President Vladimir Putin vowed to punish the killers of Kremlin critic Boris Nemtsov as Russian opposition figures denounced what they called a "political murder" and Western leaders called for a full probe.

The 55-year-old former deputy premier, a vocal Putin critic prominent at opposition rallies, was shot in the back several times just before midnight Friday as he walked across a bridge a stone's throw from the Kremlin walls.

The brazen assassination is the latest in a string of murders of opposition figures in Putin's 15 years in power and recalls the shooting of anti-Kremlin reporter Anna Politkovskaya, gunned down on Putin's birthday in October 2006.

Putin blamed the latest killing on foes trying to discredit the Kremlin, but vowed Saturday in a message to the victim's mother to do all he could so "the organisers and perpetrators of a vile and cynical murder get the punishment they deserve."

Allies of Nemtsov, a longtime anti-corruption crusader who served as deputy premier under Boris Yeltsin, linked his death to his opposition to the Kremlin's policies.

Hours before the killing, he had gone on a popular radio station to urge people to join an opposition rally on Sunday calling for "an immediate end to the war in Ukraine", adding that Putin should resign.

The rally has now been cancelled and Russia's opposition will hold a march in memory of Nemtsov through central Moscow on Sunday afternoon, crossing the bridge where he died.

A steady stream of mourners, many in tears, filed across the bridge Saturday, heaping flowers, candles and photos of Nemtsov at the spot where he fell.

"This was ordered by Putin, without a shadow of a doubt," said 59-year-old Alexander Badiyev. "They have shown us what the fate will be of all those who are against them."

Investigators said gunmen fired at least eight shots from a car as Nemtsov walked with a woman named by Russian media as 23-year-old Ukrainian model Anna Duritskaya, who was unhurt.

Footage aired by Russian TVC channel from a distant camera showed the suspected killer running along the road and jumping into a waiting car which then sped off.

The camera angle left Nemtsov and his companion hidden from view.

"There is already a list of unsolved political murders and attacks in Russia," Amnesty International said. "We cannot allow Boris Nemtsov to become just another name on this list."

Opposition figures linked Nemtsov's death to his open criticisms of Putin and in particular Russia's policy on Ukraine.

They pointed the finger at a climate of hatred whipped up by the Kremlin.

"The political responsibility for this murder lies with the authorities and personally President Putin -- those who started and are fighting a war and are running a propaganda campaign of hatred in its support," former Yabloko liberal party leader Grigory Yavlinsky wrote on Facebook.

Opposition leader Alexei Navalny questioned how Nemtsov could have been killed, saying he would have been under surveillance ahead of Sunday's planned rally.

"I can't believe that yesterday night he could have strolled towards the Kremlin without being watched," he wrote on his blog.

It emerged Saturday that Nemtsov had expressed fears for his life over his opposition to Putin in the weeks before his murder, telling Russian weekly Sobesednik that his mother frequently warned him he would suffer deadly consequences for speaking out.

"There are many who say it has all the hallmarks of a political assassination," Australian Foreign Minister Julie Bishop said in comments broadcast Sunday, describing the killing as a "tragedy for democracy".

US President Barack Obama condemned the killing as a "brutal" and "vicious murder" and urged an investigation, while British Prime Minister David Cameron said the "callous murder" must be investigated "fully, rapidly and transparently".

Ukrainian President Petro Poroshenko called Nemtsov a "bridge between Ukraine and Russia". "The murderers' shot has destroyed it. I think it is not by accident," he said.

However, Putin suggested the crime was aimed at smearing the Russian authorities. It "had all the hallmarks of a contract killing and is entirely provocative in nature," he was quoted as saying by the Kremlin.

The last Soviet leader Mikhail Gorbachev claimed the killing was aimed at "destabilising the situation" in Russia.

The Investigative Committee probing the murder suggested the crime could be linked to the Charlie Hebdo massacre -- noting that Nemtsov had received threats after he condemned the killings in Paris -- or alternatively to the "situation inside Ukraine."

Nemtsov was a former physicist who rose to prominence as governor of the Nizhny Novgorod region in central Russia before serving in Yeltsin's team.

After leaving parliament in 2003, he led several opposition parties and groups.

A passionate orator with a rock star image and popular with women, Nemtsov was a key speaker at mass opposition rallies against Putin's return to the Kremlin in 2012.

He wrote a series of reports critical of corruption and misspending under Putin.

In 2013, he said up to $30 billion of the estimated $50 billion assigned to the Olympic Games that Russia was to host in Sochi had gone missing.

The Kremlin has denied the claims.