Racial tensions on college campuses: Little has changed for the better in 36 years, professor says 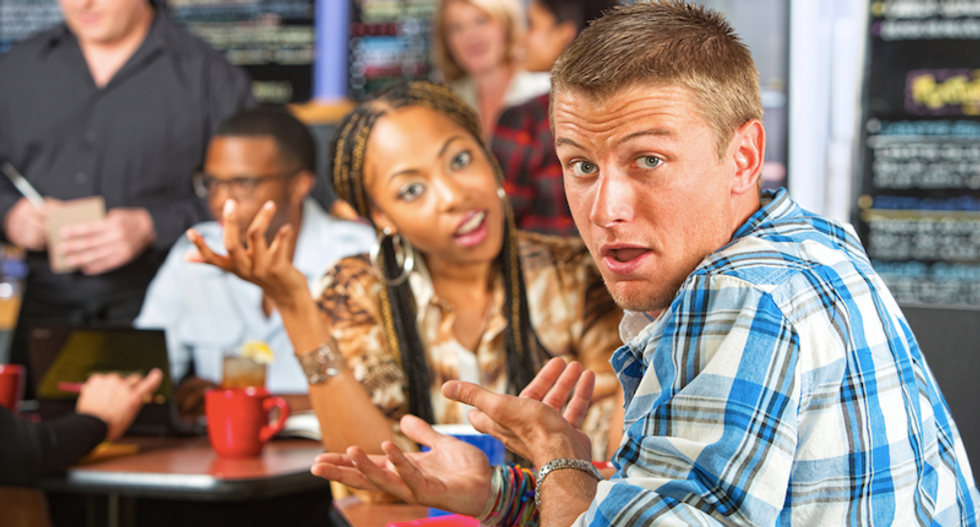 When the video of Sigma Alpha Epsilon fraternity members chanting racist slogans — including the explicit advocacy of lynching — arrived on the campus of University of Oklahoma, accompanied by satellite trucks from media outlets from across the nation, I met this news from within a particular set of personal and professional experiences.

I have been teaching African-American history at the University of Oklahoma (OU) since the fall of 1994. As a professional historian, I have spent the last several years trying to understand this nation’s desegregation experience from 1954 to 1980.

As someone born in 1960 who attended undergraduate and graduate school from 1979 to 1992, I have also experienced racism in my own world.

In sum, I must say that, measured by the kind of college experience students are likely to have today, very little has changed for the better in the thirty-six years since I went to college.

At the University of California, Davis (UCD), where I lived on a “multi-ethnic” dorm floor, during my undergraduate years I learned my first lessons in the reality that my world is not “the world”: I had a Chicano room mate who was stopped by police, as he walked from our dorm to a nearby mall.

And, in another incident, I realized how inappropriate my enthusiasm was over a Chicano colleague’s decision to become a citizen. It suggested that I thought he was now “improved”.

It was painful for me to learn that, for many people (including native born Americans), citizenship is freighted with many tensions and contradictory meanings. It was a very good lesson for me.

It changed my world-view.

I have no doubt, if I looked back at my lecture notes from that time, a wise professor of mine might well have said that. But, through this experience, it registered with me in a more lasting way.

In grad school my tutorials were from graffiti

At University of California Los Angeles (UCLA), where I earned my graduate degrees, I took many intensive seminars. But my daily tutorials came from reading the racist graffiti written inside the stalls of the public bathrooms located in the University Research Library and in the Powell Library.

From my student days, I also remember quite vividly public controversies over white frat parties being centered around anti-immigrant themes, or the decision of an African-American student group to publish its own edition of the “Protocols of Zion” as a fundraiser.

In my office hours, I learned about another side to OU

Now as a teacher, in my office hours, and in my other contacts with African-American students outside of class, I have been told about a side of the city of Norman, Oklahoma, that I do not otherwise directly experience.

When I walk to school every morning I receive (and sometimes accept) very kind offers of rides to campus (I walk with fore-arm crutches) and I acknowledge shouts of encouragement.

But in the last year alone, I have heard from Latino students of racial harassment while walking not far from where I live. The administration was alerted and some important campus public events took place in which these events were frankly discussed.

From these converging experiences, I encounter last week’s events strongly convinced that they must, at some point, bring the national conversation back to the central issue: we are a very rigidly segregated society, by race.

I believe there is a class polarization going on, following the pull of an unspoken desire, especially of whites, to live among people like themselves.

Because formal and informal efforts to desegregate American culture have directly touched the lives of a relatively small number of people, colleges and universities must live with this unfinished business whether they choose to or not.

As economist Charles Clotfelter noted in an important study a decade ago, we live in a paradoxical society that is certainly not “post racial”: residential segregation between neighborhoods (including the schools they support) is increasing. At the same time interracial contact is greater, especially in higher education.

Thus, over the last generation, there has been a consistent presence of racial tensions which, with the smallest accelerant, break out into the open.

Student athletes have been taking on a special role

In this context, student athletes have been playing a key role. We often hear in the news about the education that student athletes do not get as they work towards enriching their University’s commercial brand by winning for us, on national television.

But student athletes play a far greater role. Their strong words of protest carry a special weight. In the present moment, the words and conduct of African-American athletes at OU should remind us of African-Americans serving in the US military: they are essential to these institutions and their mission.

The way forward is through humility

We all have work to do here. We have been called upon to confront again a very old fact: the very different lives we lead as we inhabit shared spaces but do not really know each others' burdens and potentials.

We need to take a fresh look at our university community with a renewed commitment to accountability, transparency and due process. If we make this as a firm commitment, with the understanding that it is not a temporary emergency measure intended to make some of us feel better, OU’s good name will be just fine.

We need to move forward with a quiet humility, but one that is infused with determination.

By Ben Keppel, University of Oklahoma