Relatives of 'Jihadi John' being closely monitored in Kuwait 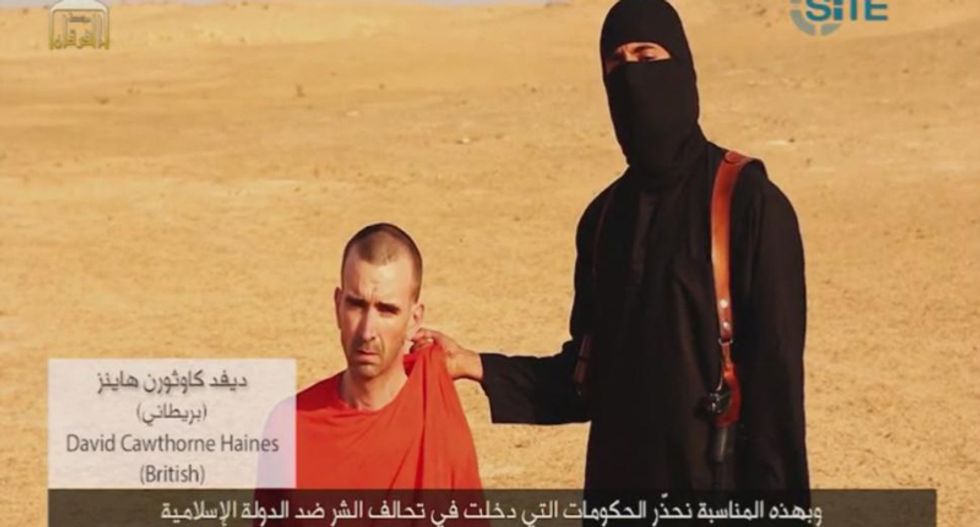 Kuwaiti authorities are closely monitoring several relatives of "Jihadi John" who live and work in the Gulf emirate where the Islamic State executioner was born, press reports said on Sunday.

A number of relatives of Mohammed Emwazi, named as the militant who has beheaded at least five Western hostages, are working in Kuwait and like him hold British citizenship, Al-Qabas newspaper reported.

"Security agencies have taken the necessary measures to monitor them round the clock," the paper said, citing an "informed source."

The daily did not say how many of Emwazi's relatives are in Kuwait. Authorities have remained silent on the issue.

Al-Rai newspaper cited security sources as saying that Emwazi's father, Jassem Abdulkareem, also a British national, is currently in Kuwait and is expected to be summoned by authorities.

Emwazi visited Kuwait several times, the last of them between January 18 and April 26, 2010, Al-Qabas said.

He arrived from the United Arab Emirates using his British passport to obtain a Kuwaiti entry visa.

A year later, he was denied entry to Kuwait after his name came up during investigations into attacks in Britain, the newspaper said.

Emwazi's visits to Kuwait were largely of a social nature and he was briefly engaged to a stateless Kuwaiti resident, the paper added.

The Gulf emirate has tens of thousands of stateless residents known as bidoons.

Emwazi's family, who are of Iraqi origin, were among them.

They applied for naturalisation but their names were removed from the list of prospective citizens because of allegations that they collaborated with the Iraqi army during its seven-month occupation of Kuwait in 1990-1991, Al-Qabas said.

Emwazi was born in Kuwait but moved to London in the early 1990s when he was a child and attended school and university in the British capital.

It was also reported that Emwazi had contacts with the men responsible for failed attacks on London's public transport system in 2005, two weeks after suicide bombings killed 52 people in the British capital.

The revelations add to the pressure on the security and intelligence agencies to explain why they did not act on their suspicions about Emwazi before he travelled to Syria.