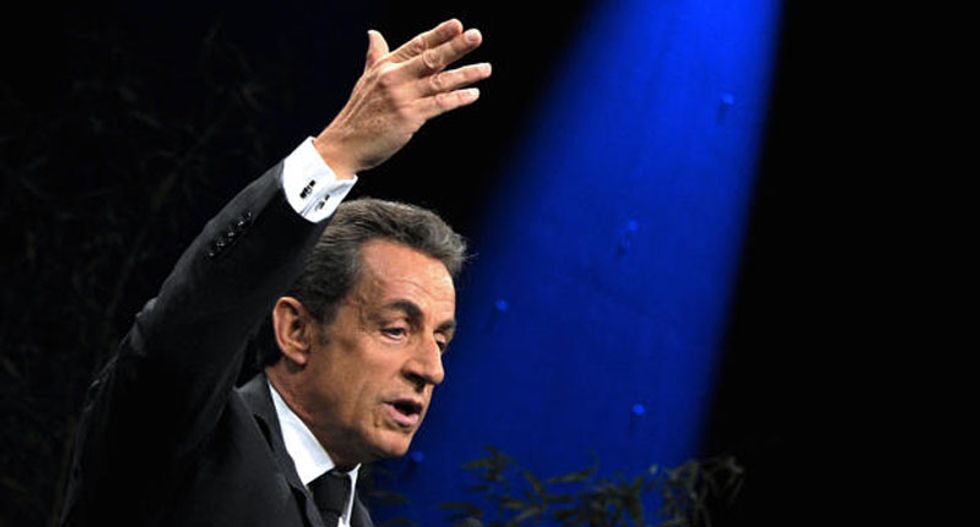 A conservative alliance including the opposition Union for a Popular Movement (UMP) of former president Nicolas Sarkozy, was in the lead according to a range of polling firms, taking between 29.2 and 32 percent of the vote.

The National Front (FN) had dominated discussion during the campaign as it topped opinion polls and appeared to be capitalising on France's stagnant economy.

But the initial results showed it taking between 24.5 and 26.3 percent in Sunday's elections for 101 "departments", which have power over local issues such as school and welfare budgets.

That still put it ahead of the ruling Socialist Party of President Francois Hollande, which has haemorrhaged support due to the sluggish economy since he took charge in 2012.

The Socialists took between 19.7 and 25 percent, but a range of other left-wing parties took up to 7.7 percent more, according to pollsters.

The mainstream parties will be able to call on smaller allies when voters return for run-off elections next Sunday, while the FN will struggle to find allies.

"There will be no local or national deal with the leaders of the FN," declared Sarkozy immediately after the initial figures were released.

The mainstream parties have closed ranks in recent weeks against the FN, whose anti-immigration and anti-EU stance has made it a divisive force in French politics.

"I call on everyone to adopt a clear position and vote for a republican candidate of the left or right when they face the far-right," said Socialist Prime Minister Manuel Valls on Sunday night.

The FN went into the elections polling around 30 percent and neck-and-neck with Sarkozy's right-wing alliance.

FN leader Marine Le Pen returned to a common theme of her campaign after the results were announced -- saying the mainstream parties were conspiring in a campaign of "hate" against her party.

She has railed against the UMP and Socialists for tactical voting, in which they club together to keep the FN out of power in second-round run-offs.

"It's as if the only policy of the UMP and the Socialists is to oppose the National Front," she said at a recent campaign meeting. "That's not going to reduce unemployment."

Despite weaker results on Sunday, the FN has still enjoyed a run of strong results in recent votes, coming first in the European elections last year and winning control of 11 town halls.

Le Pen is hoping this momentum will carry forward to a successful run at the presidency in 2017.

Earlier this week, she declared her party would "invade the Elysee (presidential palace)".

Her party has capitalised on anger over France's lacklustre economy, as well as the politically explosive issues of immigration and the integration of Islam into French society.

But it has also benefited from the disastrous state of Hollande's popularity figures.

His ratings have hit record lows, despite a temporary boost in the wake of the January attacks on the Charlie Hebdo magazine and a Jewish supermarket, when he was credited for rallying the country.