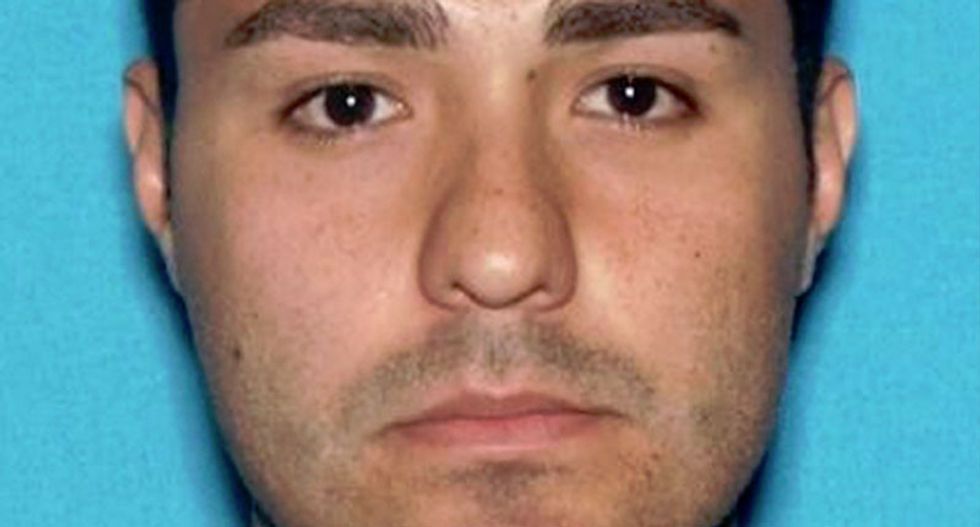 A rookie Los Angeles police officer accused of killing a man after a fight in the bar district of a Southern California community was driven to a Texas city on the Mexican border by his father last week and has not been seen since, according to court documents filed on Thursday.

Henry Solis, a 27-year-old probationary officer, is accused of shooting Salome Rodriguez Jr. multiple times on March 13 near several nightclubs in downtown Pomona, about 35 miles east of Los Angeles. Solis was off duty at the time.

An arrest warrant was issued for Solis this week, and the Los Angeles Police Department has started the process of firing him.

In an affidavit filed in U.S. District Court in support of a fugitive warrant, FBI agent Scott Garriola wrote that items left at the scene of the shooting and other evidence had identified Solis as the man who shot Rodriguez to death.

Garriola said family members told the FBI in subsequent interviews that Solis had made incriminating statements shortly after the killing and told them that he would never be seen again. That day, Garriola said, he called his father, Victor, who lived in nearby Lancaster.

"Shortly after those phone calls, Victor Solis left his Lancaster home in a hurry," Garriola said. The following day Victor Solis was seen at the home of relatives in El Paso, Texas.

According to the affidavit, Victor Solis later told FBI agents that he had driven his son to El Paso and dropped him off at a bus station and that he did not know where the younger man was.

El Paso is on the Mexican border, about 700 miles southeast of Lancaster.

"I believe there is probable cause to believe that defendant (Henry) Solis fled the state of California with the intent to avoid prosecution for the crime of murder," Garriola wrote in the affidavit.