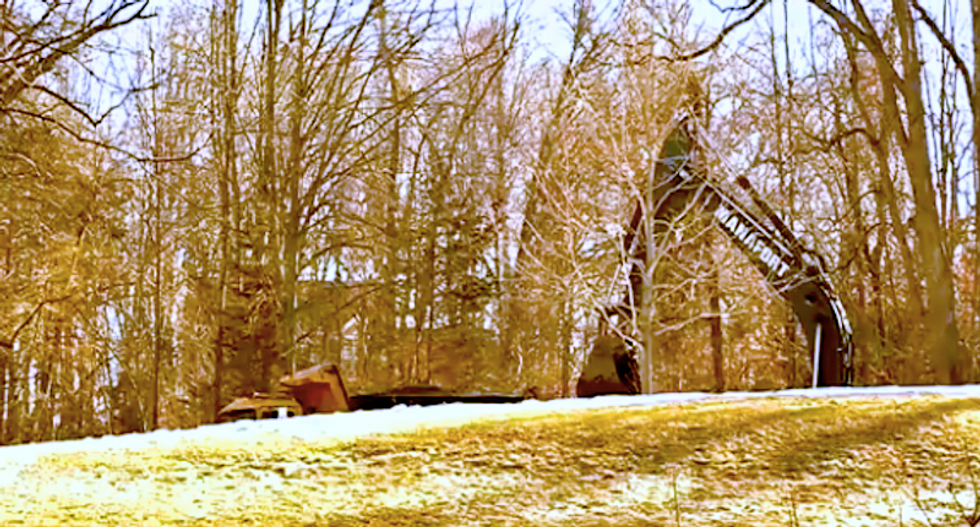 The town of Newtown, Connecticut, has torn down the house where the gunman behind a 2012 school massacre started his killing rampage, an official said on Tuesday.

Newtown First Selectman Patricia Llodra described the demolition of the home, where 20-year-old Adam Lanza began his killing spree by fatally shooting his mother before heading to Sandy Hook Elementary School, as a "big relief."

Lanza shot and killed 20 children and six educators at the school.

The house and the 2.1-acre property where it sits, appraised at $523,000, was given to the town at no cost by Hudson City Savings Bank in December, which had acquired it a few months earlier after the Lanza family sold it.

"I'm very pleased this has been accomplished so quickly," said Llodra. "The house stood as a reminder to the neighbors and everyone in town of where that young man lived and grew up and did such horrible destruction to our community."

Llodra said the land will be preserved as open space during at least the duration of her administration.

The town also demolished Sandy Hook Elementary School last year and is building a new school on the same site that is scheduled to open for the 2016 school year.