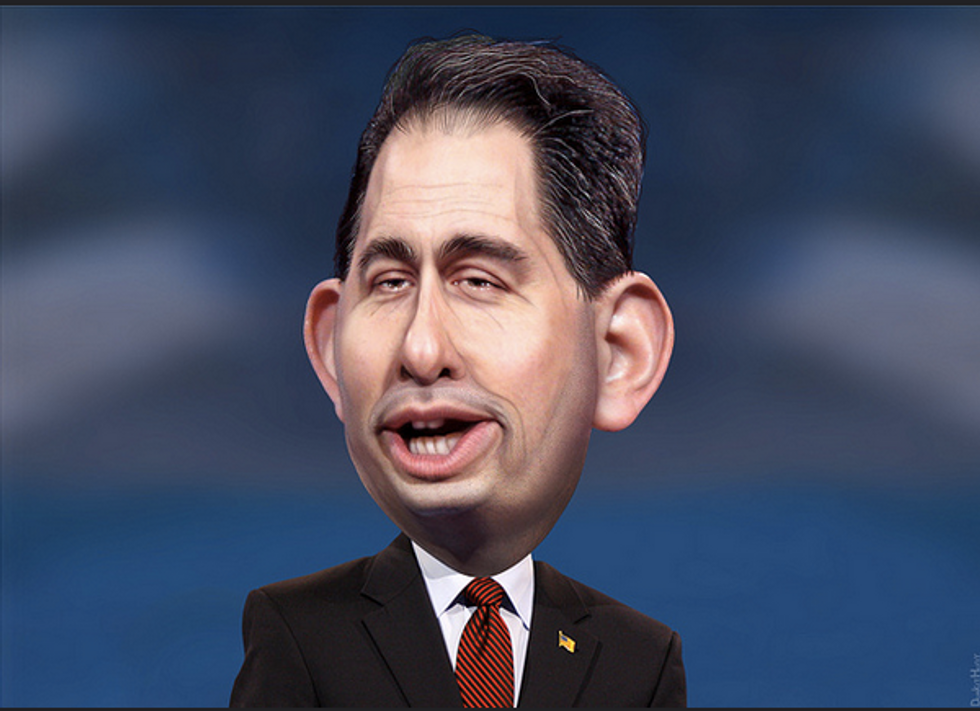 Wisconsin Gov. Scott Walker has a story he likes to tell about viewing the Bible upon which former Pres. Ronald Reagan laid his hand during his inauguration. However, the museum curator in charge of the Bible disputes key elements of Walker's story.

The Associated Press reported Saturday that Walker tells the story as a way of demonstrating his reverence for the late president, who Walker counts as a personal idol.

According to Walker, he visited the Reagan presidential library after he successfully beat a recall attempt by Wisconsin voters.

"Walker went on to describe how, during a tour of the library before the speech, the library curator 'unbeknownst to me' had taken the Reagan family Bible out of its display and readied it for him to look at," wrote the AP's Scott Bauer.

Walker said that he was given a pair of white gloves to wear while handling the Bible and that museum staff told him no one had touched the relic -- which belonged to Reagan's mother -- since the late president had laid hands on it before his death.

But library staffer Jennifer Torres told The Progressive magazine that Walker had specifically asked to view the Bible and that museum personnel were only acting on the governor's wishes. Furthermore, she said, "Since the president's passing, several staff members and conservators have handled the Bible, all while wearing gloves."

"It is unknown if President Reagan was the last to have to have touched the Bible without gloves, but it is doubtful," she continued.

When Bauer contacted Walker's staff, spokeswoman Kirsten Kukowski said, "Gov. Walker was honored to speak at the Reagan Library and to hold his mother's Bible. He was and continues to be one of his heroes, a president for the ages that accomplished great things for our country."

When pressed for comment about the discrepancies between Walker's version of the events at the Reagan Library and the version told by Torres, Kukowski declined to answer.