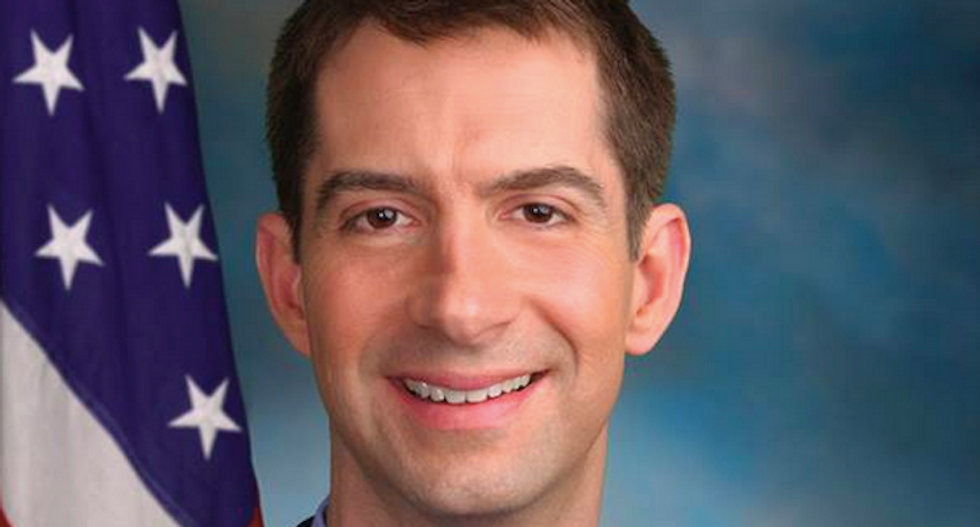 On the Senate floor yesterday, freshman Senator Tom Cotton (R-AR) -- who two weeks ago sent a letter to the Iranian government warning it that Republicans might not honor a treaty signed by President Barack Obama -- claimed that recent statements made by a State Department spokesman are "worrisome" because they undermine foreign officials currently in negotiations, Steve Benen reports.

Cotton was not speaking about President Obama's negotiations, however, but of Israeli Prime Minister Benjamin Netanyahu's attempt to form a coalition government.

Earlier that day, State Department spokesman Jen Psaki told reporters that the administration is "currently evaluating our approach" to the recently reelected Netanyahu, a statement that Cotton found "worrisome."

"This raises the question," he continued, "if the administration intends to undermine Prime Minister Netanyahu’s efforts to assemble a coalition by suggesting a change to our longstanding policy of supporting Israel’s position with the United Nations."

As Benen noted, two weeks ago Cotton sent a letter to Iranian leaders, "the point of the correspondence, by Cotton’s own admission, was to target international diplomacy, undermine American foreign policy, and disrupt officials during their ongoing negotiations."

But yesterday, Cotton took to the Senate floor to announce that an innocuous statement made by a State Department official in the wake of an election in a foreign country is "worrisome."

Or, in Benen's words, "is this intended as some kind of performance-art statement on the power of irony?"