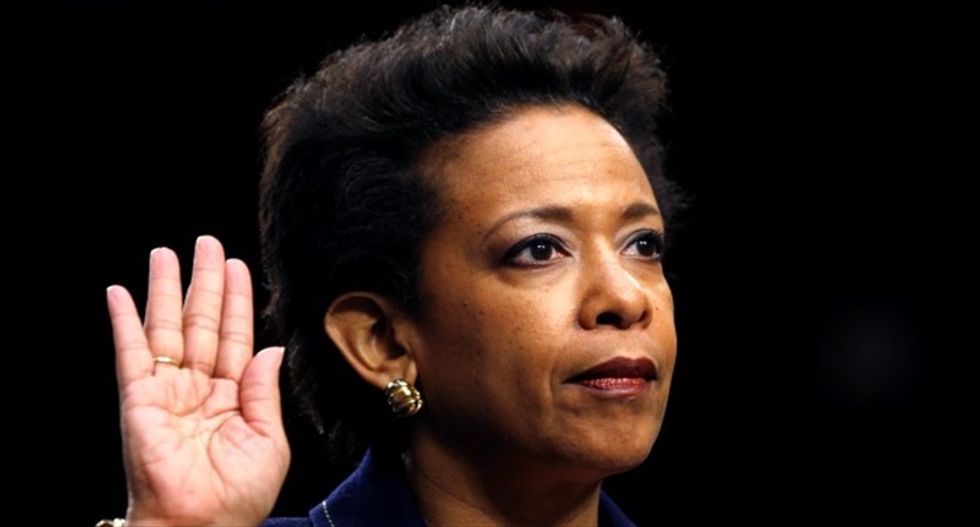 Loretta Lynch is sworn in to testify before a Senate Judiciary Committee confirmation hearing on her nomination to be U.S. attorney general on Capitol Hill in Washington on Jan. 28, 2015. Photo by Kevin Lamarque for Reuters.

President Barack Obama's nomination of Loretta Lynch to become the next attorney general is likely to be put on hold in the U.S. Senate until at least mid-April, congressional aides said on Monday, as Republicans and Democrats squabble over unrelated legislation.

Senate Majority Leader Mitch McConnell is insisting that a bill clamping down on domestic human trafficking be passed before a vote is held on confirming Lynch to the top law enforcement job.

That measure is stuck in the Senate over a disagreement over Republican language attached to the bill that Democrats say expands abortion restrictions. Republicans counter that Congress has been approving similar language for decades.

Republican and Democratic aides said they knew of no progress toward ending the standoff.

The Senate plans to dedicate this week to debating and passing a budget blueprint for next year, before leaving town for a two-week spring break.

That likely leaves the nomination for the next Justice Department chief, replacing Attorney General Eric Holder, frozen until at least April 13, when the Senate returns.

Obama nominated Lynch last November and the Senate Judiciary Committee voted 12-8 on Feb. 26 in favor of elevating the federal prosecutor to attorney general.

If approved by the full Senate, Lynch would become the first black woman to hold the job.