Serbs urged not to throw grenades in garbage cans 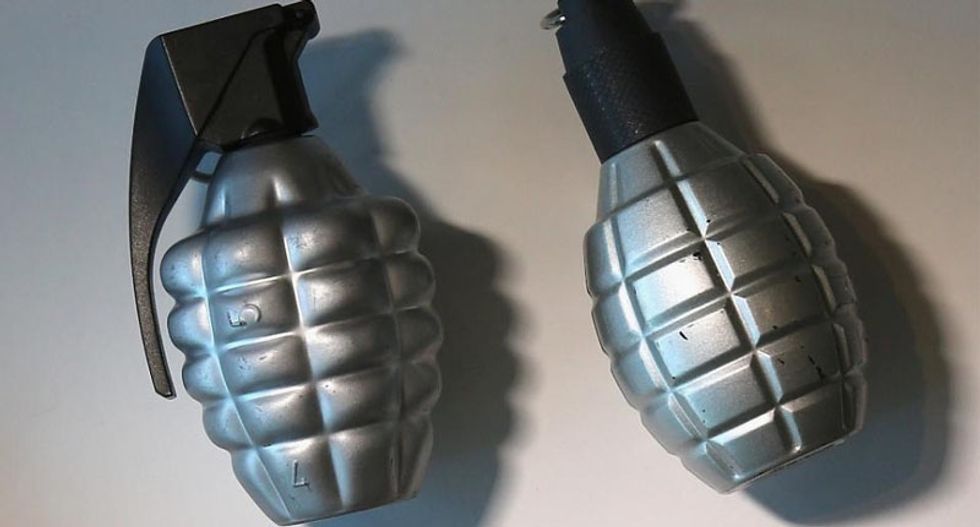 Serbia's interior ministry on Wednesday urged citizens to hand over grenades rather than leave them in garbage cans as it seeks to cut down on illegal weapons left over from the 1990s Balkans wars.

The appeal was not in response to any specific incident, but came with authorities encouraging residents to hand in illegal weapons and the government tightening laws on arms possession.

Police have no precise figure on the amount of illegal weapons in circulation, but fear there could be several hundred thousand unregistered arms remaining from the 1990s Balkans wars.

"Instead, they should only call the nearest police station and officers will come as soon as possible to safely take them away," the statement said, adding that they would not face charges.

Serbia's parliament recently adopted a law on arms possession providing amnesty to anyone handing over illegal weapons to the authorities before June 4.

The law sets out a five-year jail term for illegal possession of arms and provides stricter conditions to obtain a weapons licence, including medical and psychiatric checks.

More than a million licences for weapons possession have been issued in the country of 7.2 million people.