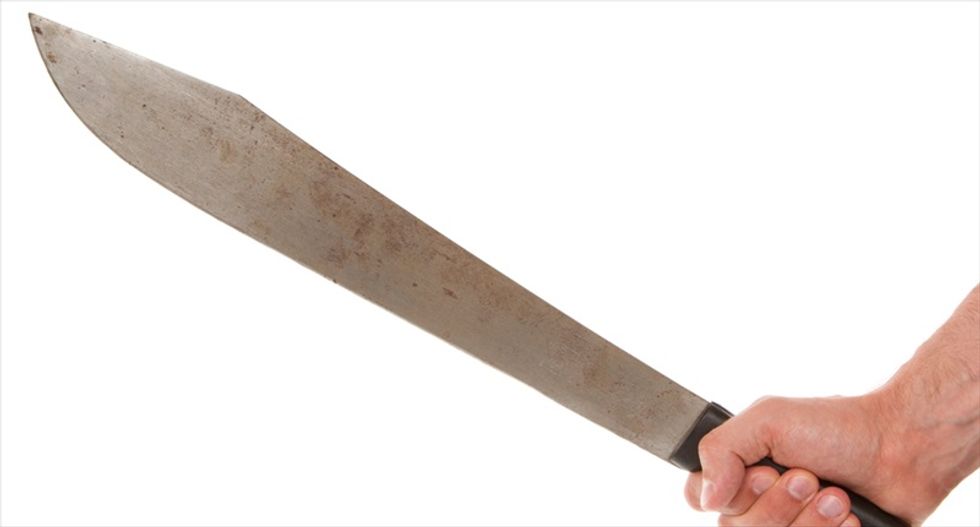 A police officer shot a man who attacked three Transportation Security Administration (TSA) agents while armed with a machete and wasp spray at a New Orleans airport on Friday night, officials said.

Jefferson Parish Sheriff Newell Normand told reporters that the man, who he identified as Richard White, approached the first agent at a boarding pass screening area of the Louis Armstrong New Orleans International Airport and sprayed the officer in the face with wasp repellent.

White then pulled out the machete, which was tucked in his pants, and started swinging it. He moved past the counter and approached two more agents, spraying one in the face, Normand said.

A police officer manning the exit responded to the melee and fired several shots as White chased the second agent he had sprayed. The shots struck White in the chest, face and thigh, grazed a bystander's arm, and hit the third TSA agent in the arm, Normand said.

White was taken to a hospital and was undergoing surgery, Normand said. Other travelers attempting to flee the chaos suffered scrapes and other minor injuries, he said.

Brent Long, a resident of Austin, Texas, who was at the airport with his wife and teenage daughter waiting for a connecting flight, said he heard the shots ring out in the airport's Concourse B.

"We ducked into this restaurant and basically got underneath the table because we didn't know if the person was coming down the concourse. It was panic and chaos," said Long, who estimated he was about 60 feet (18 meters) away from the shooting.

"It was kind of crazy there for a while," he said.

The FBI said in a statement agents had responded to the scene.

In November 2013, a lone gunman walked into the Los Angeles International Airport carrying a semi-automatic rifle and opened fire, killing a TSA agent and wounding three other people.

The agent killed in that attack, 39-year-old Gerardo Hernandez, was the first officer slain in the line of duty since the agency was created in the aftermath of the Sept. 11, 2001, attacks.