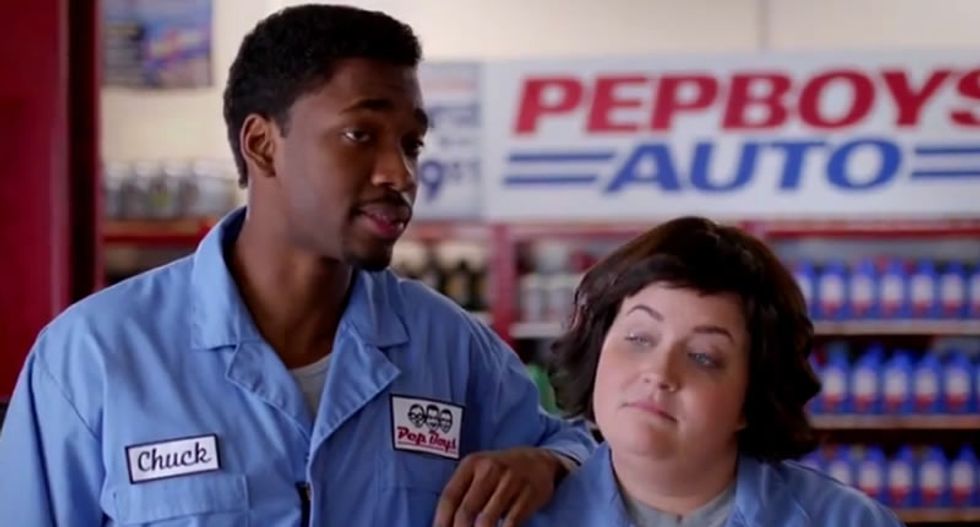 Last night's episode of Saturday Night Live featured a fake commercial that took aim at Starbucks' recent -- and disastrous -- campaign to increase racial awareness by having its baristas initiate conversations with patrons about race relations in the United States.

After claiming that the #RaceTogether campaign "was on the right track," the narrator says that "we at Pep Boys are starting a conversation too. This month, all Pep Boys mechanics are encouraged to start a conversation with you, the customer, about gender and sexual identity as part of Pep Boys' new '#genderflect' campaign."

Although the commercial begins as a spot-on criticism of Starbucks, it quickly veers into uncomfortable territory. While attempting to mock the knowledge about gender and sexual identity presumably possessed by the blue collar mechanics employed by Pep Boys, it quickly veers into base stereotypes about members of the LGBT community.

"Listen," one mechanic says. "I support whatever people want to do, like if you're a guy, and you want to be a girl, that's great. But me personally? I could never cut my dick off."

Later, a mechanic tells a woman that "if you've got both parts down there, then be proud. If I had both, I'd be doing myself all day long."

Another mechanic then walks up to her and says, "You know what my favorite show is? Ellen -- and that's important, because she used to be a man."

"No, she didn't," the customer replies.

"Yes, she did," the mechanic says, causing the customer to demand to be taken to her car.

Watch the entire commercial via Saturday Night Live below.