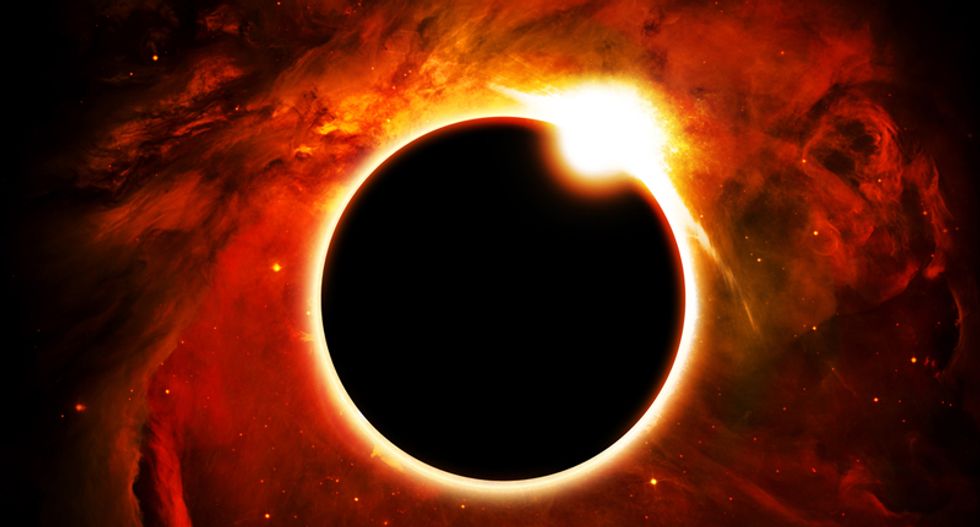 According to The Telegraph, students at North Primary School were only able to observe the rare eclipse from inside the school, watching it on video screens.

Located in area known as "Little India," the community is considered diverse, with a large population who subscribe to a range of Hindu cultural practices.

“The school made this decision when we became aware of religious and cultural concerns associated with observing an eclipse directly," he explained. "Although we are sorry for any disappointment, pupils were still able to watch the eclipse on screens in classrooms."

Some Hindu scriptures state that an eclipse makes believers impure, with fundamentalists saying believers must bathe immediately after an eclipse and chant the name of God to overcome the forces of darkness.

Parents of some of the children expressed their unhappiness, with one father comparing religion overriding science to Christian American fundamentalism.

“I am outraged - is it going to be Darwin next? We will be like mid America,” said Phil Belman whose 7-year-old daughter goes to the school.

“My child went in having spent an hour preparing and making up her pinhole camera. This is an issue about scientific matters versus religious superstition," Belman said, adding, “I am extremely upset about it."

While not excusing the decision, Johnstone pointed out out that "overcast conditions in West London today meant they would not have been able to see it live in any case.”