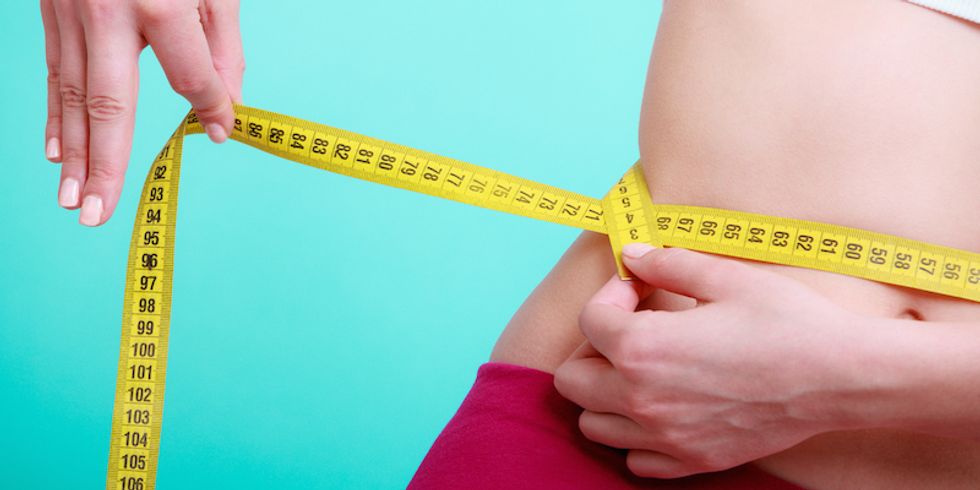 Happy International Women's Day! The beautiful diversity of our world is reflected by the diverse ways different nations celebrate this important holiday.

If you're a woman in Italy, for instance, you may be given a yellow Mimosa (as in the flower, though I'd be partial to the drink, myself). In France, you could get some violets or lilies-of-the-valley. If you're in Montevideo, Uruguay you might want to check out the all female drumming group La Melaza, which has been giving concerts on International Women's Day since 2008.

And If you are lucky enough to be a woman in Taiwan, you will be reminded that you need to lose weight. Now, to be clear, I don't mean that society, the media, hegemony, the patriarchy all conspire to tell women they need to lose weight. I mean that literally, Taiwan's Department of Health (DOH) releases statistics on women's waistlines on International Women's Day. In 2011, for instance, the DOH chose the holiday to announce some interesting statistics that had been gathered by the Bureau of Health Promotion. The percentage of women with waistlines greater than the suggested maximum of 80cm (31.49 inches) had increased from 20.2% (1993-1996) to 33.6% (2005-2008). The DOH also organized events for women to get their waistlines measured so they could see how they fit into this national trend! Because government-sanctioned, public humiliation and fat-shaming is the best way to spend a holiday meant to celebrate yourself and your gender. Am I right, ladies? I mean...

And In 2013, the Bureau of Health Promotion celebrated International Women's Day, once again, by releasing important waist-line related news. Their 2012 survey of 17,000 people showed that more that 33% of women in Taiwan (still) had a waistline of over 80cm. What's more, 58% of the women surveyed didn't know they were over the suggested maximum. The suggestions from the bureau included limiting sugary drinks like bubble tea (so good) to one cup a day, using public transportation, walking at least 15 minutes per day, eating more vegetables, eating less fried and processed foods, and eliminating late night snacks.

In all fairness, these suggestions are healthy ones. But framing women's health as an issue of waistline size makes it all about looks, not about nutrition and fitness. And choosing to link waistlines to International Women's Day holidays is probably not the best way to do it. And fat-shaming, or telling women their waistlines are too big doesn't actually work. Forget the moral, ethical, psychological issues. The tough love approach to getting people to lose weight is counterproductive and linked to an increase, not to a decrease, in obesity.

Of course, as a world citizen, I have no interested in nation-shaming, if you will, Taiwan, and praising the United States. After all, today, the United States is celebrating International Women's Day on Daylight Saving, or the shortest day of the entire year. That's a pretty great metaphor for shortchanging women. But at least this doesn't happen on every International Women's Day, since Daylight Saving is always on the second Sunday in March, while IWD is always on March 8. Black History Month, which is always celebrated during the always shortest month of the year of, however, isn't so lucky.