Tennessee legislator thinks there should be a "men's economic council" 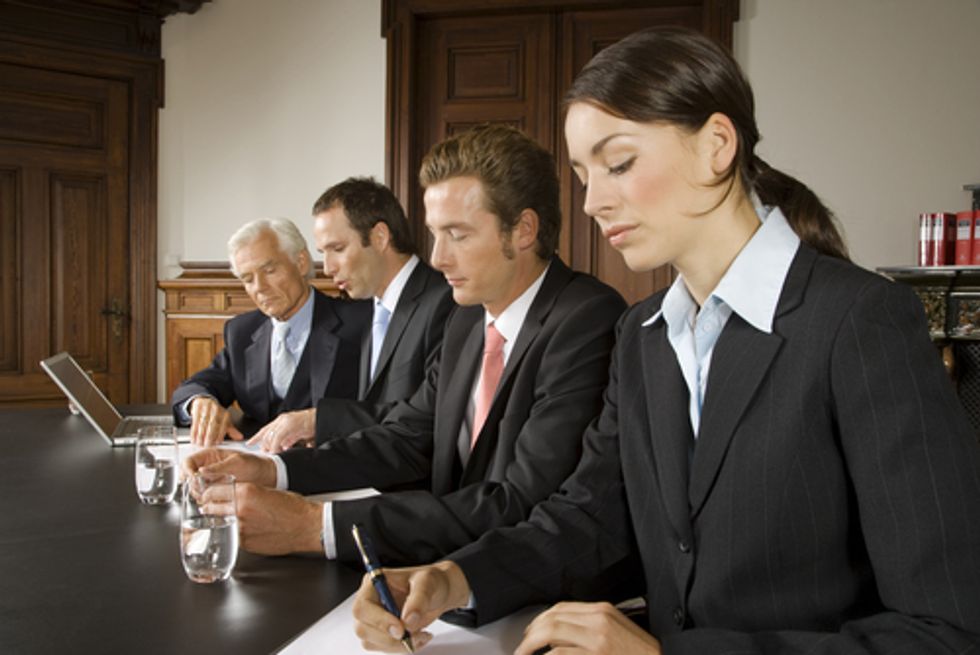 Sure, most important economic leaders are men. But it could be even more!

Ah, what is it with Republicans thinking that 7th-grade level attempts at "gotcha" are some kind of genius politicking?

A Tennessee state Senate committee did not approve a funding extension for the state's Economic Council on Women after a Republican lawmaker wondered why there wasn't an equivalent for men, the Huffington Post reported.

The Tennessee legislature established the council in 1998, and the council has since conducted research on issues like employment practices, education, child care, and domestic violence.

During a hearing on the bill in the state Senate Government Operations Committee on Wednesday, Republican committee chair state Sen. Mike Bell (pictured above) asked the Economic Council on Women's executive director, Phyllis Qualls-Brooks, why there was not an economic council for men as well.

But kind of hilarious that he tries to insinuate that women have some unfair advantage because there's slight more of them. As if there's never been any system where a minority of people benefit by oppressing the majority. Oh wait, that's been the basis of every class-based political system of all time.

I'd like to see them try to create this men's economic council, by the way. There's so many topics to cover! For instance, did you know that the average man only makes 130% of what the average woman makes? Why not make it 150%? Or 200%? Don't hold back men! Why not demand three times the amount of money that women make?

Or did you know that men named John outnumber women of all names in the ranks of CEOs? True fact. There are also more Roberts, Williams and Jameses than there are women. But what about Steves? Or Marks? They should not rest until there are at least 10 male names that outnumber all women in leadership at major corporations.

Think of all the ways that men could be doing even better and accumulating even more wealth than women! This is only the tip of the iceberg. So yeah, maybe Tennessee will be creating that men's economic council. I wouldn't be surprised, now that they've killed of the women's economic council.